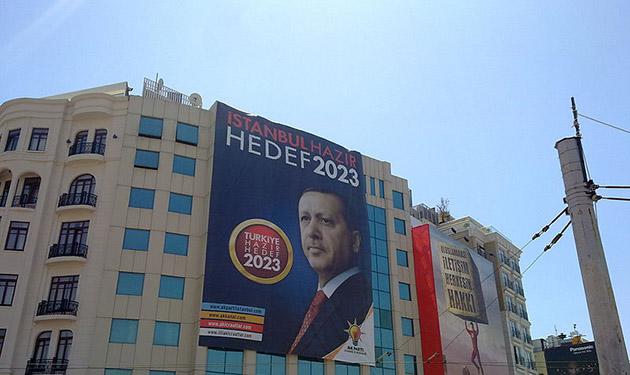 Turkey has joined the ranks of Iran, Egypt and others who have blocked access to Twitter at one point or another. Now, anyone in Turkey who tries to go to the website is redirected to a statement from the country's telecommunications regulator instead. A Turkish journalist told The Daily Dot that the outage started just after Thursday midnight and gradually spread out, depending on users' internet providers. It looks like the government didn't block the microblogging site's SMS service, though, because Twitter's Policy account just reminded Avea and Vodafone users that they can text START to 2444, while Turkcell subscribers can text START to 2555. But, why was Twitter banned in Turkey in the first place? Well, that's because some users posted voice recordings and documents, which allegedly reveal corruption within the Turkish prime minister's inner circle -- and that sure didn't sit well with Recep Tayyip Erdoğan.

Hours before the blackout, Prime Minister Erdoğan threatened to shut Twitter down while speaking at a political rally to campaign for the March 30th local elections. He claimed the accusations are merely a smear campaign by his opponents and even dismissed other countries' criticisms: "The international community can say this, can say that. I don't care at all. Everyone will see how powerful the Republic of Turkey is." Erdogan's office later explained that Twitter was blocked in the country, because it failed take down the offending links after being issued four court orders. Considering the prime minister called social media "the worst menace to society" in the past, though, this development is not surprising in the least.

In this article: censorship, InternetCensorship, politics, turkey, twitter
All products recommended by Engadget are selected by our editorial team, independent of our parent company. Some of our stories include affiliate links. If you buy something through one of these links, we may earn an affiliate commission.