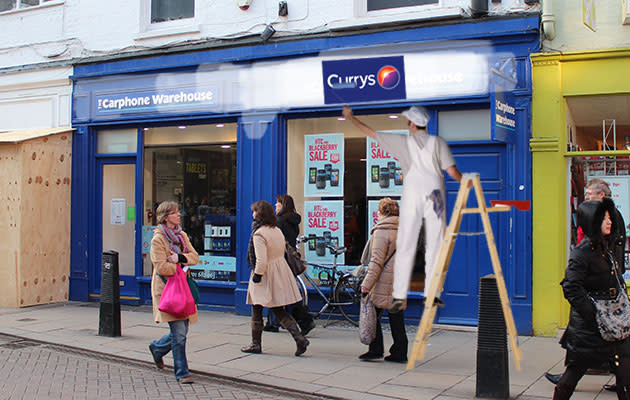 Dixons is one of the last tech stores left on the UK's high street, but it's not content to just survive while rivals die off. Instead, the outfit has confirmed that it's been in behind-the-scenes merger talks with smartphone store Carphone Warehouse. If the deal goes through, it would create a retail behemoth with 3,000 stores and 35,000 employees -- at least before any cost-cutting begins. Nothing has been decided just yet, but the two companies have until May 19th to determine whether a tie-up is worth it, so execs at Phones4U may be in for a few sleepless nights.

In this article: Business, Carphone Warehouse, CPW, Dixons, Merger, Retail, UK
All products recommended by Engadget are selected by our editorial team, independent of our parent company. Some of our stories include affiliate links. If you buy something through one of these links, we may earn an affiliate commission.