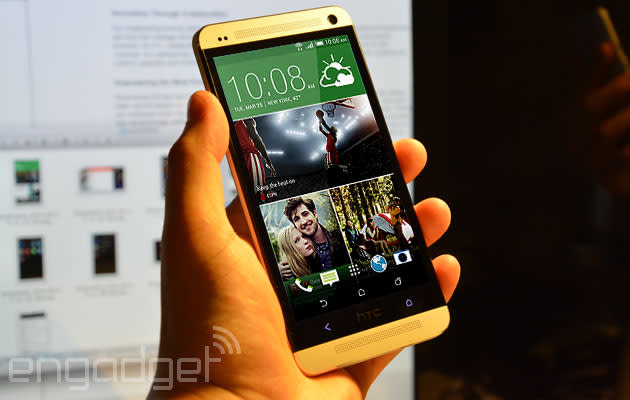 We don't have a specific date, but HTC's latest Sense skin -- which the company insists on calling Sixth Sense -- will be coming to the company's older models sometime this spring. Last year's One, the One mini and One max will all be getting updated with Sense 6.0 in the coming months. While it's not a complete surprise, it's nice to know that HTC isn't leaving its customers out in the cold. It's all part of the company's HTC Advantage program, which guarantees two years of software updates and support. That's longer than even Google supports its Nexus phone. Hopefully we'll get specific launch dates sooner, rather than later.

In this article: android, breaking news, htc, htc one, mobilepostcross, one, one max, one mini, sense, sense 6.0
All products recommended by Engadget are selected by our editorial team, independent of our parent company. Some of our stories include affiliate links. If you buy something through one of these links, we may earn an affiliate commission.