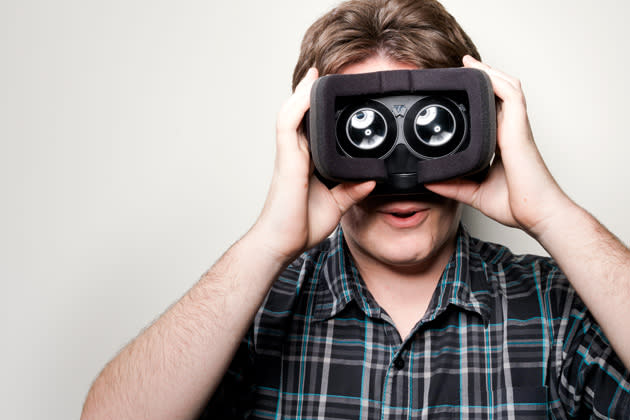 If you're reading this, you're likely already aware that social networking juggernaut Facebook has just announced plans for yet another multi-billion dollar acquisition. This time it's spending $2 billion dollars (that's $17 billion less than WhatsApp for those keeping track) to buy virtual reality headset maker Oculus. Just minutes after the announcement, the startup's founder, Palmer Luckey took to Reddit to provide some perspective about the deal:

"When Facebook first approached us about partnering, I was skeptical. As I learned more about the company and its vision and spoke with Mark, the partnership not only made sense, but became the clear and obvious path to delivering virtual reality to everyone. Facebook was founded with the vision of making the world a more connected place. Virtual reality is a medium that allows us to share experiences with others in ways that were never before possible."

Luckey praised Facebook's dedication to open hardware and software initiatives, with its investment in the Open Compute Project and said the partnership "allows us to execute on some of our most creative ideas and take risks that were otherwise impossible." He said very little would change at Oculus day to day, a familiar sentiment for those familiar with the WhatsApp acquisition. And while he claimed that the move means "a better Oculus Rift with fewer compromises even faster than we anticipated," one can't help but wonder what this means for the future of the scrappy Kickstarter success story. Luckey said, "This is a special moment for the gaming industry - Oculus' somewhat unpredictable future just became crystal clear: virtual reality is coming, and it's going to change the way we play games forever."

So operations likely won't change drastically at Oculus, and we could even see a consumer-ready Rift sooner than expected. But in an investors call this afternoon Facebook CEO Mark Zuckerberg unsurprisingly suggested that possible revenue opportunities from the deal could include advertising in whatever form that might take. Bottom line: if you thought your virtual escape would be a commercial-free zone, think again.

Update: And Reddit has a few words for Luckey as well. For more of his thoughts, including a thread in which he compares himself to Anakin Skywalker, check it out for yourself.

Photo by Sam Comen for Engadget Distro
In this article: 2 billion, acquisition, advertising, facebook, hdpostcross, kickstarter, Mark Zuckerberg, oculus, oculus rift, Oculus VR, PalmerLuckey, poll, purchase, rift, social networking, virtual reality, wedgies
All products recommended by Engadget are selected by our editorial team, independent of our parent company. Some of our stories include affiliate links. If you buy something through one of these links, we may earn an affiliate commission.