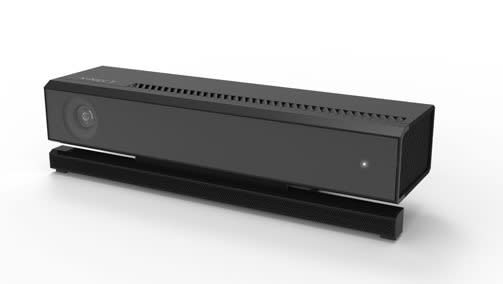 Last year, Microsoft said that the next-gen version of Kinect was coming to Windows, but has been relatively quiet since. That changes now, as Redmond has lifted the curtain on the new sensor and it looks... a lot like the Xbox One version. The unit is missing the Xbox logo power-indicator of its console-tethered counterpart, but as the Kinect for Windows Blog points out, that's about all that's different between the two. The software giant also says this reveal is a sign that we're getting "closer and closer" to launch, but didn't give any other release details. For the nitty gritty specs about power supplies and voltage ratings, check the source.

In this article: gaming, hacking, hacks, hd, hdpostcross, kinect, Kinect for Windows, Kinect2, microsoft, XboxOne
All products recommended by Engadget are selected by our editorial team, independent of our parent company. Some of our stories include affiliate links. If you buy something through one of these links, we may earn an affiliate commission.