Facebook Messenger on iOS expands to include groups and forwarding 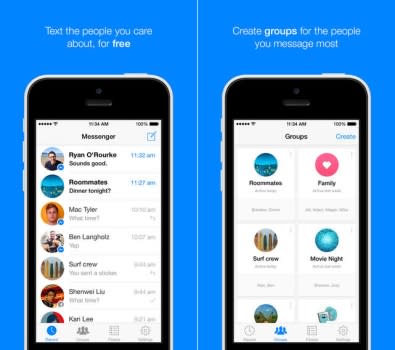 Remember when Facebook bought and then shut down Beluga back in 2011? Well, almost three years later, Zuck's finally putting features from his first group-messaging-app purchase to use. The latest update to Messenger on iOS lets you group contacts together however you'd like, and spam 'em with animal stickers (or texts) en masse. Along with the typical stability fixes and speed improvements, the change log notes that you can now forward messages and photos to users that aren't in your current conversation too -- pretty much the opposite of Snapchat.

In this article: ContactGroups, facebook, FacebookMessenger, groups, IOS, mobile, mobilepostcross, update
All products recommended by Engadget are selected by our editorial team, independent of our parent company. Some of our stories include affiliate links. If you buy something through one of these links, we may earn an affiliate commission.