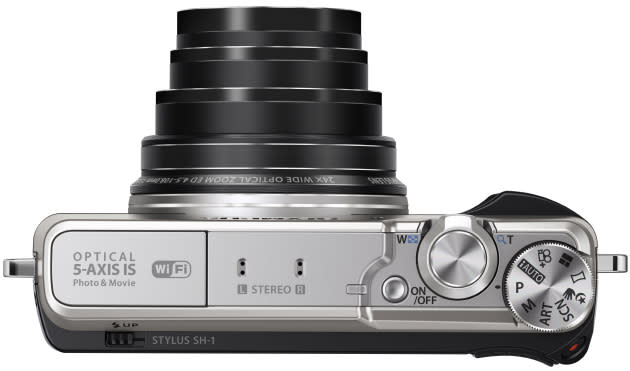 Olympus introduced its five-axis image stabilization in 2012 with the OM-D E-M5. That $1,000 camera was mighty powerful for its day, but the new IS tech was perhaps its most impressive feature, enabling sharp stills and steady handheld video. It's very exciting, then, that Olympus is bringing that same stabilization to its point-and-shoot line with the Stylus SH-1. This compact cam has plenty of other tricks up its sleeve, too. Take the f/3-6.9, 25-600mm 24x optical zoom lens, for example, or the 16-megapixel BSI CMOS sensor and TruePic VII processor (the same found in the OM-D series). There's also a 3-inch 460k-dot LCD, 1080/60p video, an 11fps burst mode and integrated WiFi. The SH-1 is expected in stores this May in black, white and silver. It'll retail for $400, which, considering the optics and the five-axis image stabilization on board, is a pretty solid deal.

16
In this article: camera, cameras, Olympus, sh1, stylus, Stylus SH-1
All products recommended by Engadget are selected by our editorial team, independent of our parent company. Some of our stories include affiliate links. If you buy something through one of these links, we may earn an affiliate commission.