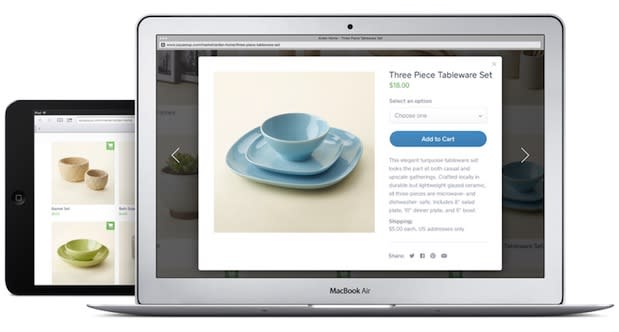 Square Market's one of the latest e-retailers to realize that Bitcoins might not be too cryptic to be used as a legit payment option, after all. The e-commerce website now accepts payments made using the cryptocurrency, as Square Market Lead Ajit Varma announced in a blog post where he also explained the technical details behind the process. He said buyers will be given a QR code and the info they need to buy anything from massages to biking gear with their virtual wallets. Square, in partnership with Bitcoin processor Coinbase, will then forward the payment to merchants in US dollars -- minus the website's standard processing fee, that is.

A spokesperson told Recode that Square Market will take a 2.75 percent cut from each sale, even though Bitcoin processors typically charge 1 percent per transaction. Still, that's not such a bad deal for sellers who get charged the same percentage for credit card payments anyway. And that's certainly great news for folks with Bitcoins to spare... so long as they're cool with recording every purchase for the ever watchful IRS.

In this article: bitcoin, ecommerce, mobilepostcross, squaremarket
All products recommended by Engadget are selected by our editorial team, independent of our parent company. Some of our stories include affiliate links. If you buy something through one of these links, we may earn an affiliate commission.