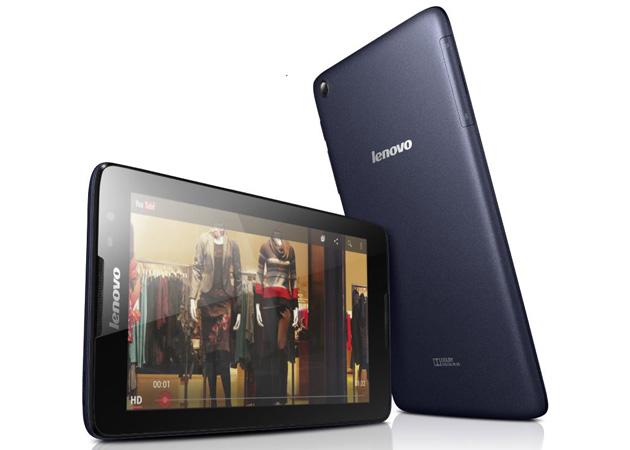 If Samsung's new Galaxy Tabs aren't your cup of tea, Lenovo may have the budget tablets you're looking for. It just unveiled four entry-level Android slates that expand on the sound quality focus we saw in last year's models. The Tab A7-30, A7-50, A8 and A10 all have Dolby audio that should improve your small-screen movie experience. They also have "responsive" (if unnamed) quad-core processors, too. You're mostly choosing devices based on screen sizes. The A7-30 has a basic 7-inch display and optional cellular support, while the A7-50 jumps to HD and throws in a 2-megapixel front camera; move to the A8 and you'll get an 8-inch panel, while the A10 includes (you guessed it) a 10-inch display. Lenovo plans to ship the new Tab A-series worldwide in the second quarter of the year, with UK prices ranging from a frugal £100 ($166) for an A7-30 to a still quite affordable £170 ($283) for an A10. There's no mention of a US launch for the new A-series so far, but we've reached out for more details. We'll let you know if these starter tablets reach American shores.

In this article: a10, a7, a7-30, a7-50, a8, a8-50, android, dolby, lenovo, tab, Tab a7-30, Tab a7-50, taba10, taba7, taba8, tablet
All products recommended by Engadget are selected by our editorial team, independent of our parent company. Some of our stories include affiliate links. If you buy something through one of these links, we may earn an affiliate commission.