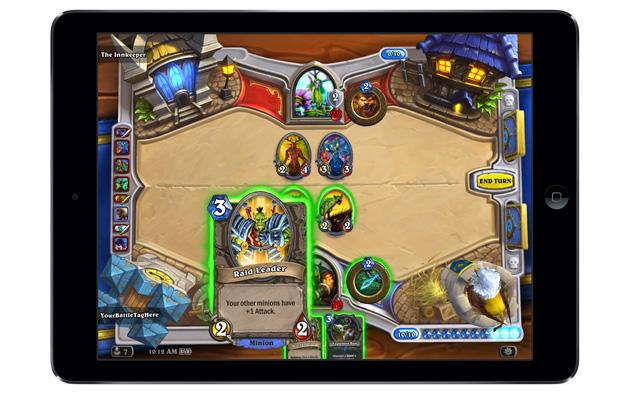 Blizzard hasn't really had a presence in mobile gaming... not unless you think the Battle.net Authenticator is rip-roaring entertainment, anyway. However, the developer is giving the category an honest try today by releasing Hearthstone for the iPad. Much like on the desktop, the free-to-play card game lets you fight both real and virtual opponents as you build up a collection of Warcraft-themed minions and spells. Decks sync between devices, so you won't have to start from scratch. The title is currently available on the App Store in Australia, Canada and New Zealand; more countries are coming soon, and those using Android, iPhones and Windows tablets can also expect to play in the near future. The iPad app isn't likely to replicate the off-the-charts success of Blizzard's PC titles, but the company has to start somewhere. And besides, we've seen the problems that some major game producers have faced after downplaying the importance of phones and tablets -- Blizzard may be wise to cover its bases.

In this article: app, blizzard, CardGames, free-to-play, freetoplay, gaming, hearthstone, ios, ipad, tablet, warcraft
All products recommended by Engadget are selected by our editorial team, independent of our parent company. Some of our stories include affiliate links. If you buy something through one of these links, we may earn an affiliate commission.