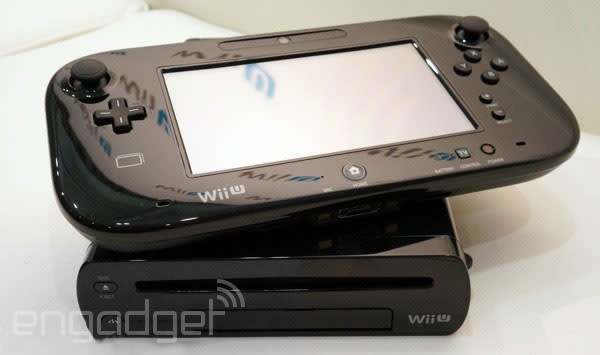 It's been tough times for Nintendo. Its Wii U console has sold, in a year, 5 million units. Sounds decent enough, until you realize that's roughly the same number as both the PS4 and the Xbox One -- both on sale for mere months. Nintendo kicked off a business strategy briefing today in Tokyo, but it won't involve playing Nintendo titles elsewhere. The CEO announced at the start of the presentation that he wasn't pessimistic about the future of the company, reiterating that Nintendo would not be giving up the hardware side of the business. So what's stopped the Wii U from succeeding so far?

Nintendo's CEO announced at the start of the presentation that he wasn't pessimistic about the future of the company, and that they would not be giving up on hardware

The Nintendo boss admits that recognition of exactly what the GamePad does is low, and that many people view it as an accessory for the console -- it's not, by the way. Most interestingly, however, was the mention of an on-demand gaming service across games consoles, with the service based on your Nintendo ID rather than a device you owned. Bigger news still, is that you will see Nintendo DS games appear on the Wii U, via virtual console. Iwata added that the team will seek a partner to increase exposure for games and hardware. It will even, gasp, license character rights to other companies. He added in today's Q&A session that the company is already sharing its philosophy with another company and "aligning" with them. (Pretty mysterious, huh?)

When it comes to gaming on the Wii U, the CEO said they will focus on games that make the most of the tablet-esque GamePad, especially titles with NFC -- expect to see announcements on this at E3 2014. Mario Kart 8 will also launch in May, and will apparently make strong use of the GamePad. At the same time, Nintendo is working on ensuring a faster start time when its used without a TV. We've got a video outlining the quick-boot function and even more details after the break.

He said that Nintendo needed to identify new markets and opportunities. According to David Gibson, senior research analyst at Macquarie Securities in Tokyo, Iwata added that it "doesn't make sense for Nintendo to do business on smartphones." More nebulously, the company will, however, "actively" use smart devices to connect with customers, making the approach sound more like an app than playable game demo. He added that simple advertising wasn't enough, and that the company needed any smartphone presence to be fun and engaging.

Finally, the Nintendo CEO said he wanted to find Nintendo's next "blue ocean", and thinks that it could be health. He reckons entertainment is tied to quality of life (Vitality Sensor anyone?) -- the games maker will continue developing its health and fitness software, but without getting into the current scrum of wearables. Iwata said that he's never considered quitting, though he has taken a pay cut: "My conviction and passion have not been shaken."

In this article: 3ds, ds, financials, hdpostcross, nintendo, virtualconsole, wii, wiiu
All products recommended by Engadget are selected by our editorial team, independent of our parent company. Some of our stories include affiliate links. If you buy something through one of these links, we may earn an affiliate commission.