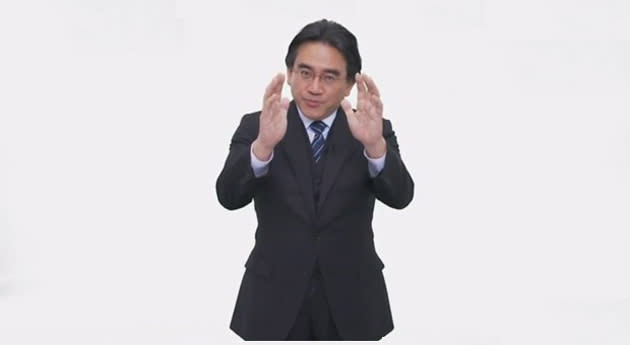 We don't really need numbers to tell us the Wii U's flopping, but figures released today quite clearly spell it out. Something's gotta give at Nintendo, and that something is head honcho Satoru Iwata's salary, and that of his chums. The AFP is reporting Iwata's paycheck is to be cut in half, which is the same reduction he took as recompense for poor early uptake of the 3DS, while several of his execs will see a 20 to 30 percent drop. Much like the frustration of Acer's top tier and their dwindling income, Iwata & Co.'s pay cut is only a temporary measure to claw back some cash, with things changing again in July when sentences have been served. Perhaps it's time for Nintendo to think about a move into mobile after all? There's money to be made from apps, or so we hear.

In this article: nintendo, paycut, SatoruIwata, wiiu
All products recommended by Engadget are selected by our editorial team, independent of our parent company. Some of our stories include affiliate links. If you buy something through one of these links, we may earn an affiliate commission.