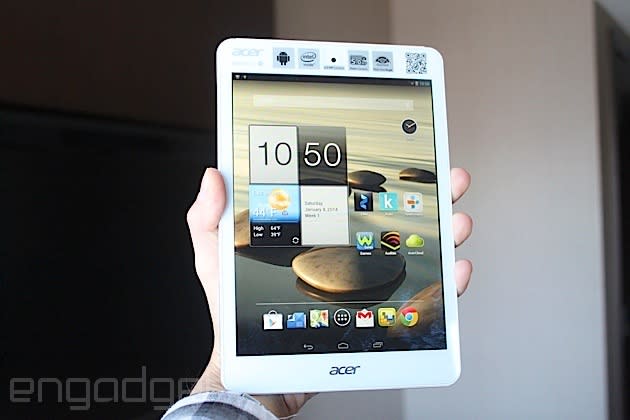 Acer executives are having a gloomy time of it after suffering a huger-than-expected financial loss for 2013 and subsequently being forced to take a 30 percent pay cut. Despite launching a wide range of PCs and tablets last year, the Taiwanese manufacturer lost around $700 million (NT$21 billion), including a last-minute write-down on "raw materials" that apparently escaped being turned into electronic devices that no one wants. Judging from the company's showing at CES earlier this month, which revealed an interesting new focus on Android, but in many cases still failed to match up to rival manufacturers (compare Lenovo's Android all-in-one with Acer's, for instance), it looks like the company has yet to change its ways -- despite repeatedly changing its CEO.

In this article: acer, earnings, financials, pay cut, pay cuts, quarterly, sales
All products recommended by Engadget are selected by our editorial team, independent of our parent company. Some of our stories include affiliate links. If you buy something through one of these links, we may earn an affiliate commission.