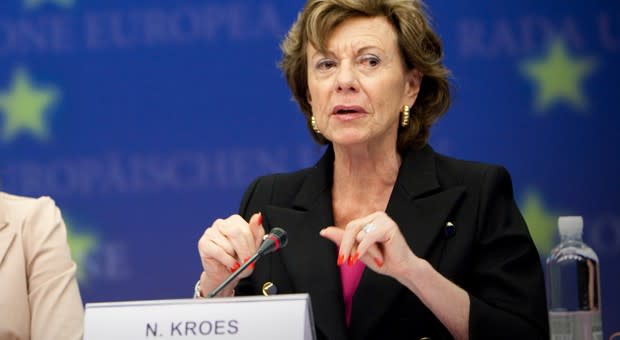 If you've heard of the European politician Neelie Kroes, it's likely been in the context of her long-waged war for a more open internet, including a ban on mobile roaming charges. Well, following a vote by the European Parliament, Kroes' demands are no longer hot air. So long as the legislation passes through one more hurdle -- namely approval by ministers from member states -- we're told that EU travelers will stop having to worry about extra data charges by Christmas 2015. Meanwhile, the principle of net neutrality would also be protected by law, making it illegal for European internet providers to ban, block or degrade specific web traffic depending on who's sending or receiving it. It sounds encouraging enough, even if we're not sure how much we can rely on European lawmakers to actually deliver the goods. We should find out, one way or another, once the member states are asked to agree the new regulations, some time around the end of this year.