Disney+ downloads will disappear when they leave the service (updated) 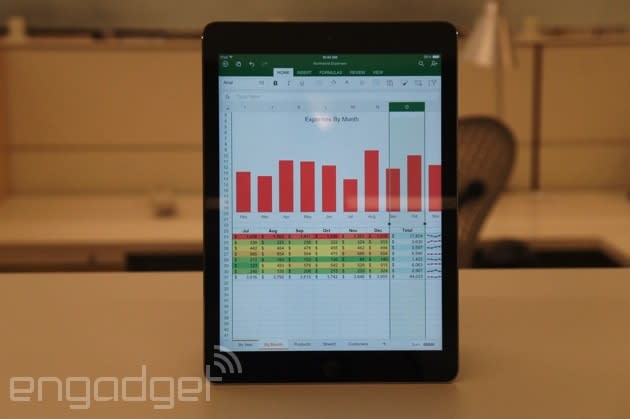 Microsoft's version of Office for iPad has apparently been a rousing success. So much so, that the company's taken to Twitter to boast that the productivity suite has topped 12 million downloads. In a week. As the Seattle Times points out, though, Redmond hasn't said how many Office 365 subscriptions (which are required to create and edit documents) have been sold alongside the free, document-view-only downloads. We reached out to Microsoft for clarification, and, well, weren't given much. A spokesperson told us that the company is extremely pleased with the interest that Office has gotten so far, but that it has no additional details to share. So, there's that.

More than 12 million downloads of Word, Excel, PPT & OneNote for #iPad from the @AppStore <3 #OfficeforiPad pic.twitter.com/iT2egNPDkj

In this article: download, IOS, ipad, microsoft, MicrosoftOffice, mobilepostcross, office, OfficeForIpad, productivity
All products recommended by Engadget are selected by our editorial team, independent of our parent company. Some of our stories include affiliate links. If you buy something through one of these links, we may earn an affiliate commission.