Syfy's '12 Monkeys' will sync with your Philips Hue bulbs 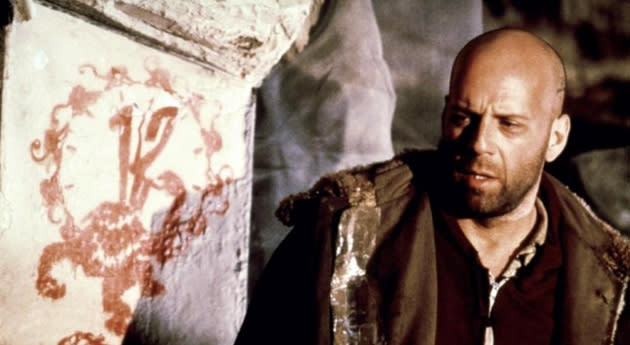 If you're so enamored with time travel in TV shows that even Doctor Who isn't enough, we have good news: you're about to get a lot more of it. Syfy has ordered production of a series based on Terry Gilliam's classic movie 12 Monkeys. While the show will go without most of the apocalyptic flick's cast and crew when it airs in January 2015, its first season (appropriately 12 episodes long) will involve original producer Charles Roven as well as veteran actors from Nikita and X-Men: The Last Stand. The story arc will likely be familiar to anyone who watched the 1995 film -- or 1962's La Jetée, for that matter -- but we're not going to complain about revisiting one of sci-fi's most enduring concepts.

In this article: 12monkeys, hdpostcross, lajetee, movies, NbcUniversal, sci-fi, sciencefiction, syfy, television, terrygilliam, timetravel, tv, universal, UniversalPictures, video
All products recommended by Engadget are selected by our editorial team, independent of our parent company. Some of our stories include affiliate links. If you buy something through one of these links, we may earn an affiliate commission.