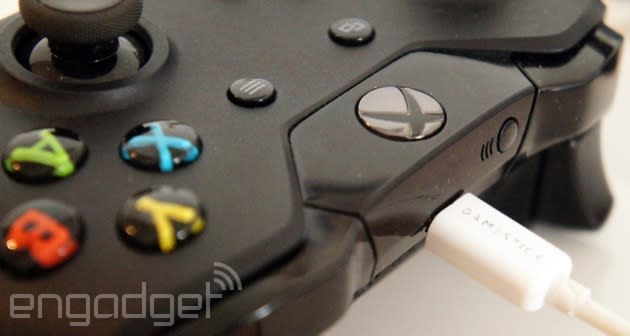 Really, Microsoft? You just asked gamers to go through the hassle of updating their Xbox One gamepads in March, yet there's word on NeoGAF that the next patch -- currently in testing -- will once again bundle "new controller firmware." Yes, the (hopefully optional) code should fix connection and headset quality issues that are even more of a pain, but it's doubtful that Xbox owners will relish plugging in peripherals a second time to get reliability that should have been present on day one. At least users can take comfort in new system features added to the list of coming updates, including a button to check for future software updates manually and redeeming codes directly from Xbox Live messages. Let's just hope that gamepad upgrades are less frequent from here on out.

Update (4/7): Major Nelson has posted a list of features coming to the update preview confirming the ones mentioned above. He's also posted a pic of what that new system update check button looks like (hint: it's a button), and explains that now, the system will return to standby after new updates are installed. That "silent reboot" will mean the day after an update we can say "Xbox On" and boot up quickly, instead of having to actually press a physical button and endure the longer cold start process -- we're far too fancy to be stuck waiting around, you know?

Here is what the button looks like that will let you check to see if there is a new Xbox One system update available pic.twitter.com/6j37RIqLRH

In this article: console, controller, firmware, gamepad, gaming, hdpostcross, microsoft, update, upgrade, VideoGames, xboxone
All products recommended by Engadget are selected by our editorial team, independent of our parent company. Some of our stories include affiliate links. If you buy something through one of these links, we may earn an affiliate commission.