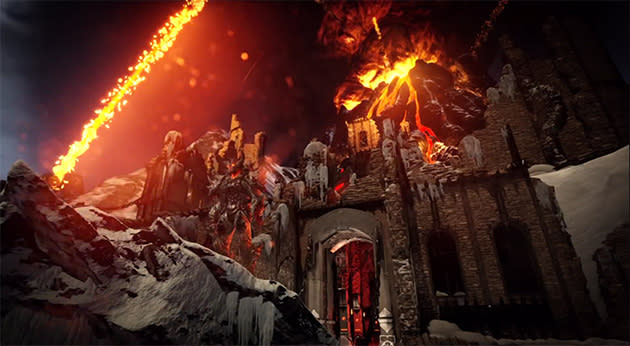 Unreal Engine 4's new $19 subscription option might be real tempting for developers on a budget, unless, of course, they're hoping to make games for Windows Phone and Windows RT. Although Epic Games' next-gen engine doesn't work with the aforementioned flavors of Microsoft's OS, that might be changing, albeit slowly. Tim Sweeney, the studio's co-founder and CEO, divulged on the company's forums that the firm's already doing legwork to support the platforms. "We have been doing some work in this direction (implementing various levels of WinRT API support) and we want to have Windows Phone support eventually, but we're a very long way from having a ship-quality implementation," Sweeney said. Still, the head honcho adds that their focus will remain on Android and iOS development before branching out to Microsoft's other flavors of Windows. Impatient devs can stick with Unreal Engine 3, but those aching for the latest tools will have to sit tight a while longer.

In this article: EpicGames, GamEngine, gaming, mobilepostcross, TimSweeney, UnrealEngine, UnrealEngine4, videogames, WindowsPhone, WindowsPhone8, WindowsRT
All products recommended by Engadget are selected by our editorial team, independent of our parent company. Some of our stories include affiliate links. If you buy something through one of these links, we may earn an affiliate commission.