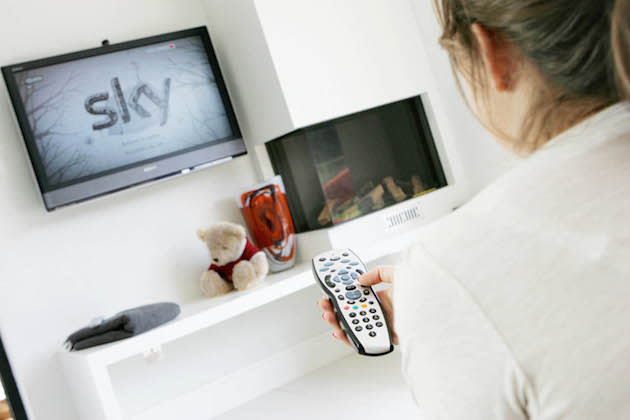 Sure, Sky's been quick to embrace streaming, but the broadcasting giant has relied upon the humble satellite dish to bring TV to your home for almost two decades. However, there may soon be a conspicuous absence of those little black dishes in some parts of the UK after the company confirmed it'll soon start using fibre-optic networks to deliver its TV, broadband and telephone services. To facilitate this, Sky's teamed up with British network provider GTC to integrate its service into new-build homes, opening access to its TV packages, landline phone service and up to 300Mbps broadband in the process.

The deal takes Sky into Virgin Media territory, where its rival offers similar packages over cable networks. It could end up stifling Virgin's own expansion plans in those areas, although the reach of Sky's commandeered fibre-optic network will be relatively small. Sky can't seem to shake it's reliance on traditional over-the-air broadcasting though, as the TV signal is actually being fed from a large, centralised satellite receiver. Right now, Sky taps BT's fibre-optic infrastructure to deliver super-fast broadband to homes across the UK, but limits TV content to online on-demand services like Sky Go and Now TV. Does this mean Sky is about to drop the satellite dish in favour of super-fast fibre for the whole of the UK? Not just yet, but one thing's for sure, Virgin Media will be watching with a keen interest.

In this article: broadband, bskyb, fibre, fibre optic, sky, tv, virgin media
All products recommended by Engadget are selected by our editorial team, independent of our parent company. Some of our stories include affiliate links. If you buy something through one of these links, we may earn an affiliate commission.