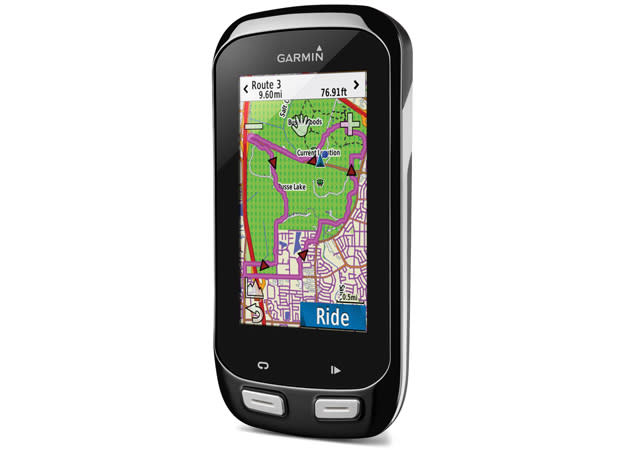 Bike computers have been connecting to an ever larger sphere of devices, ranging from fitness sensors to smartphones. It only makes sense, then, that they integrate with the bike itself -- and Garmin is doing just that with its new Edge 1000. The device can tell what gear you're using when paired with Shimano's Di2 electronic shifter, and ties that info to your ride; it's now easy to figure out if dropping gears helped you conquer that hill a little faster. There are a few big upgrades over the Edge 810 that don't require high-end bike components, of course. The 1000 supports new Garmin peripherals that include both a handlebar remote as well as cadence/speed sensors, and you can share ride segments through the company's smartphone app if you want to prove your worth to nearby cyclists. This flagship Edge will be expensive at $600 ($700 bundled with sensors) when it ships later in the spring, but that premium may be worthwhile if you just have to get a competitive advantage over fellow pedal-pushers.

In this article: bike, biking, cycling, di2, edge, edge1000, fitness, garmin, gps, navigation, shimano, transportation
All products recommended by Engadget are selected by our editorial team, independent of our parent company. Some of our stories include affiliate links. If you buy something through one of these links, we may earn an affiliate commission.