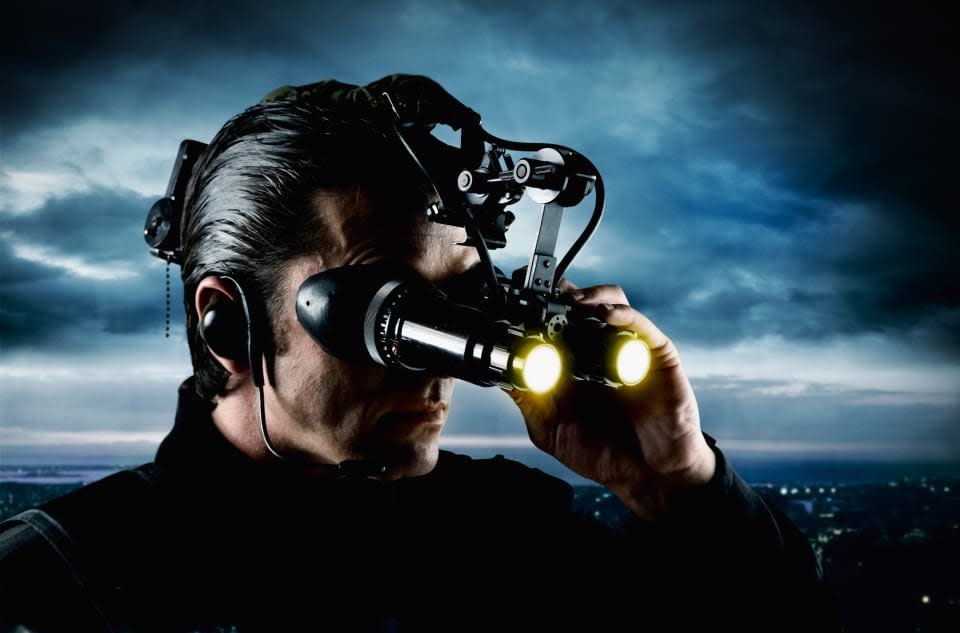 Like any responsible New Yorker, I've entrusted a copy of my apartment keys to a close friend. This is done mostly to ensure that, should I die home alone, my body won't be left to rot undiscovered for days. It's also primarily done so that my mail is collected and my "children" (what you would call plants) are watered and sung to every other day when I'm travelling for work. And I travel often.

My apartment is also wired to the gills with SmartThings. These little, white, swappable sensors monitor temperature, motion, moisture, power and presence, and relay that data to me via an app -- a crucial fact I'd neglected to tell my house-sitting friend many months ago. A small, yet ultimately fortunate, oversight that led me to uncover my house sitter's true comings and goings. Or, should I say, the lack thereof.

Most people would probably expect their friends to lie about something as trivial as watering plants in your absence. It's an easy and harmless enough fib to get away with. Plants are heartier than pets -- they can survive neglect far longer. What you don't expect is to have your fears validated; see them quantified by wireless technology. Wherever I was -- L.A., Austin, Barcelona, Cologne -- I'd fire up the companion SmartThings app on my phone and check the activity grid for a readout of when my door had last been opened and closed. I'd even monitor the temperature over a period of days to get a sense of how much my house sitter was blasting the A/C and, consequently, hiking up my electric bill.

The truth, it turned out, was far uglier than I expected. By now, you should've sussed out that the apartment visits were infrequent, and that's putting it diplomatically. But, as my SmartThings activity grid showed, when my house sitter did actually show up to tend to my plants, that visit would turn into an overnight or sometimes two-day, climate-controlled staycation chez moi. Armed with that hard evidence in hand and app, I confronted my friend, bracing for the barrage of excuses that would inevitably fly. Except, I didn't get any. What I did get, instead, was a confession, an apology and a terse lecture about spying on someone who was "doing you a fay-vuh."

And I deserved it.

In my defense, I didn't do any of this to be an intentional creep. Honest. It's just that I got hooked on the constant stream of connected-home data flowing into the app; data that was way more useful to me when it meant I could monitor someone else's activity. Yes, SmartThings inadvertently turned me into a spy. And it almost ruined a long-standing relationship of mine. Thankfully, I have a sense of humor and, also, plant neglect is pretty low on the spectrum of friend offenses. You'd have to be a true-blue asshole to make it an issue.

My stream of SmartThings data freed me up to place my panic where it belonged: on trade show coverage.

Friend(ly) espionage isn't the only useful measure of SmartThings' worth I've found. Most of the time, the app serves as a kind of quantified-home Paxil, calming my security anxiety with real-time updates while I'm on the road. In January, for instance, when I was ferried away to that two-week marathon of consumer technology known as CES, a blizzard was descending upon New York City with the fury of a colossally giant yeti's wet fart. I worried that a pipe might burst and flood my apartment, or that my heat wouldn't be on high enough to keep my plants from freezing to death. So, from time to time, I'd compulsively trigger the app and check the temperature of my Brooklyn digs to make sure it was cozy and that there was no spike in moisture levels under the sinks. All it took was just a few taps on my phone to make sure everything was okay... and, ultimately, it was. My stream of SmartThings data freed me up to place my panic where it belonged: on trade show coverage.

That kind of convenience, that flow of home-automation data is irresistible. It's also highly addictive. So, you'll have to forgive me for spying on my own apartment. That's one habit I'm not willing to break.

In this article: connected home, ConnectedHome, HomeAutomation, my connected home, myconnectedhome, SmartThings, spying
All products recommended by Engadget are selected by our editorial team, independent of our parent company. Some of our stories include affiliate links. If you buy something through one of these links, we may earn an affiliate commission.