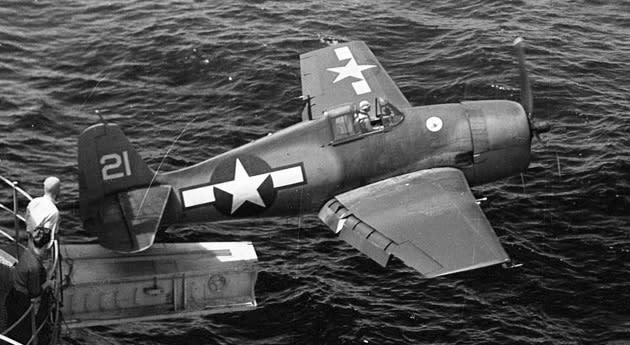 The BentProp Project has spent years finding American soldiers who went missing in the Pacific during World War II, but available technology has limited its success. Team members have frequently had to scan wide areas themselves, slowing down their efforts to find downed aircraft and unexploded bombs that might hide human remains. However, the outfit's searches have just taken a big step forward after it got cutting-edge drones from both the Scripps Institution of Oceanography and the University of Delaware. BentProp can now automate much of its scanning, and CNET notes that the organization's latest expedition found two Navy airplanes. That's a breakthrough for a group that only occasionally makes a big discovery.

The biggest breakthrough this year was underwater. Instead of towing a side-scanning sonar device behind a boat, BentProp used Remus robots that generated 3D sonar maps of search areas on their own. If the machines found clues to a wreck, a diver with a GoPro action camera could provide visual proof. The team also has a better idea of where to look in the first place; it now uses accurate LIDAR imagery and statistical models to determine where aircraft went down.

On both land and sea, BentProp used 3D Robotics octocopter drones equipped with both GoPros and infrared cameras. The machines both mapped environments and picked out heat signatures from metal that might represent still-active bombs. While the team still had to comb ground sites with metal detectors, the drones gave workers a better idea of where to begin.

Searches are still slow, and there's no certainty that the efforts will be completely successful. Stephen Ballinger, whose Cleared Ground Demining group has been working with BentProp, tells CNET that it's unlikely we'll completely prevent old explosives from threatening both MIA recovery efforts and local residents. However, the newer technology could give lost soldiers' families some closure sooner than expected -- and it might just save a few lives in the process.

In this article: bentprop, bomb, drone, gopro, mia, missinginaction, RemoteOperatedVehicle, remus, robot, rov, scrippsinstitutionofoceanography, sonar, uav, underwater, universityofdelaware, worldwarii
All products recommended by Engadget are selected by our editorial team, independent of our parent company. Some of our stories include affiliate links. If you buy something through one of these links, we may earn an affiliate commission.