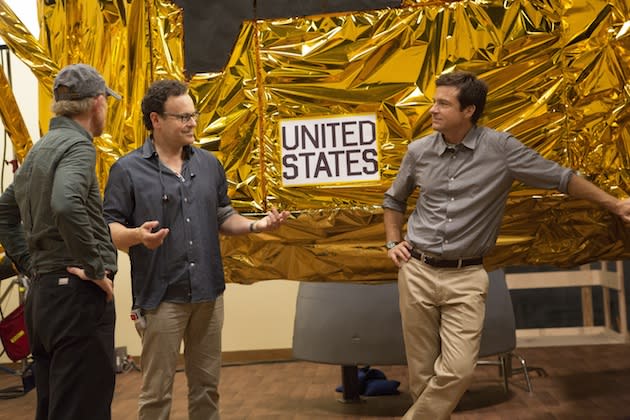 There's no word on another new season or movie for Arrested Development, but now the show's creator Mitch Hurwitz is working with Netflix on something new. As first reported by Deadline Hollywood, Hurwitz has signed a multi-year deal to create and produce a new original series under his The Hurwitz Company banner. After resurrecting his old show for a new season (and grabbing a few Emmy nominations) on the streaming video service last year, the relationship is clearly deep, and Netflix's Chief Content Officer Ted Sarandos says it's "lucky to be in business with... a true genius." So far Netflix's strategy has been to snag series from talented, experienced teams and it seems to have worked out well. Still, no matter what the new show is we'll still be keeping an eye out for news on more AD in the future, especially once our rates creep up a buck or two.

"We are lucky to be in business with Mitch Hurwitz, a true genius with one of the most distinctive voices in comedy today," said Ted Sarandos, Netflix Chief Content Officer. "Mitch's inventive approach to 'Arrested Development' - one of the top TV comedies of this generation - was ahead of its time, and we're fortunate to have him on our team."

"It is incredibly inspiring to get to produce for Netflix, a company that not only doesn't resist change, but is leaps and bounds ahead of everyone in forging it," Hurwitz added. "The fact that I'm also getting one month of their streaming right to my TV or Xbox free...well, it really takes the sting out of buying that Xbox."

In this article: hdpostcross, MitchHurwitz, netflix
All products recommended by Engadget are selected by our editorial team, independent of our parent company. Some of our stories include affiliate links. If you buy something through one of these links, we may earn an affiliate commission.