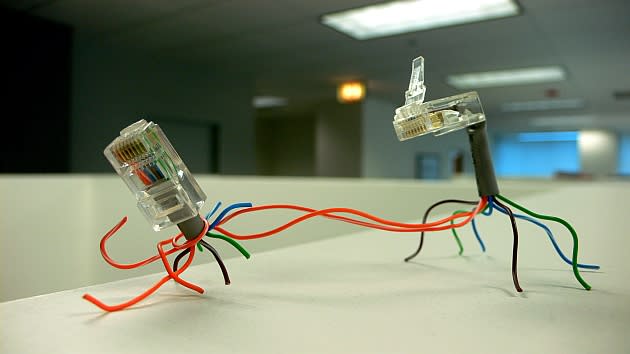 When it comes to internet speeds, "you get what you pay for" is pretty far from the truth a majority of the time. The Wall Street Journal used Ookla's speed-testing data to survey some 800 US cities and 27 ISPs in terms of advertised transfer rates and what customers are actually getting, and the results are pretty surprising. A vast majority of providers give their customers the short shrift on speed (Verizon Internet Services and AT&T Uverse are among the most prominent offenders), while a handful of ISPs including Charter, Earthlink and Midcontinent Communications actually exceed promised speeds by eight percent or more. A probable reason for the latter is because those listed are smaller providers, with likely lighter user-loads than, say, Comcast or CenturyLink.

If you're curious where delivered rates jive most consistently with what's advertised, Trenton, New Jersey, leads the country with download speeds exceeding advertised numbers by over nine percent. Yes, we're surprised too. On the other side of that coin, however, Idaho has three cities where customers are only getting between between 50 percent and 59 percent of the transfer-rates they're paying for. The slowest cities have a few factors in common, though: they're in the middle of nowhere, have low populations and are typically smaller geographically. If you're curious where your town ranks for delivered speeds, be sure to hit WSJ -- its list isn't comprehensive, but should give a decent idea of how a nearby city ranks if yours wasn't measured. In this article: att, CenturyLink, comcast, Earthlink, idaho, Internet, InternetSpeeds, isp, NewJersey, Ookla, Trenton, verizon
All products recommended by Engadget are selected by our editorial team, independent of our parent company. Some of our stories include affiliate links. If you buy something through one of these links, we may earn an affiliate commission.