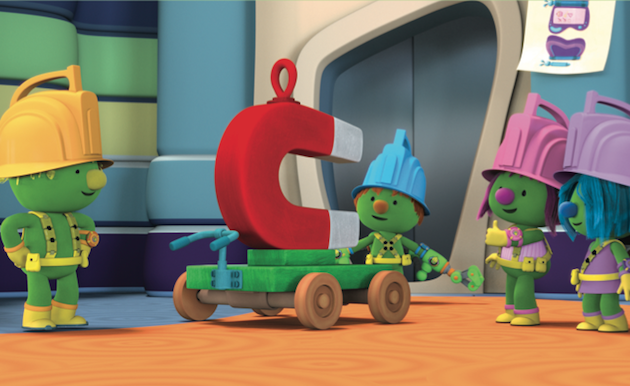 For video services like Hulu and Netflix, there's no doubt that having a solid lineup of original content is imperative for the future. But, it is also very important to cover as many demographics as possible, whether it be that of people who love a good drama, or kids who need to watch something a little more colorful. With the debut of Doozers on the streaming platform today, Hulu now has a show that a young audience can enjoy and, in the process, continues to grow its portfolio of original series.

Doozers, a spinoff of the 80's kids show Fraggle Rock, was announced by the company back in February, along with some added new and classic shows from a deal with CBS. This Hulu Original is described as a show that "encourages kids to design, create and innovate," which is definitely something that could be great for your kids to get into. All seven launch episodes of Doozers are now on Hulu Plus, though you can also watch five of them for free on Hulu's website; new episodes are set to arrive every three weeks, including some which will be produced over the course of the year to celebrate special holidays.

In this article: Doozers, Fraggle Rock, FraggleRock, hdpostcross, Hulu, Hulu Plus, HuluPlus, Kids, Original Series, OriginalSeries
All products recommended by Engadget are selected by our editorial team, independent of our parent company. Some of our stories include affiliate links. If you buy something through one of these links, we may earn an affiliate commission.