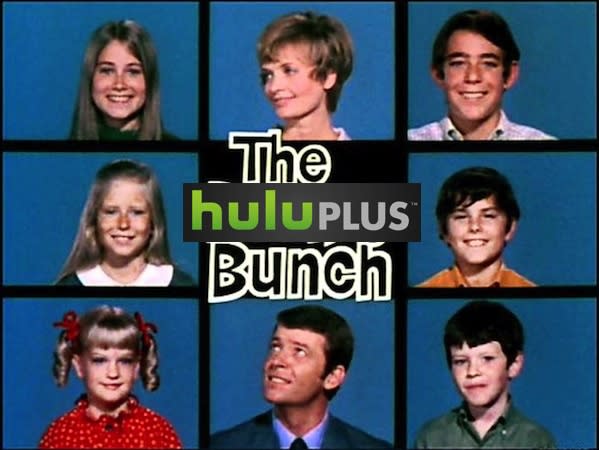 More than a year after CBS struck a deal with Hulu to stream its shows on the latter's subscription service, and the Tiffany Network has finally agreed to add even more programming to the mix. About 2,600 episodes, to be exact. The addition includes full-length videos from classics such as The Brady Bunch, Cheers and Happy Days, along with titles like United States of Tara and Everybody Loves Raymond. This arrives on the heels of last week's announcement that CBS agreed to an exclusive partnership with Hulu to stream complete past seasons of Sherlock-inspired Elementary along with police drama Blue Bloods.

If you prefer something a little more kid-friendly, Hulu has plans to expand its kids programming as well. It just signed a deal to be the exclusive US distributor for The Doozers, a spinoff of the popular '80s children's show Fraggle Rock. It's marked as a "Hulu Original" even though it's already aired elsewhere in Australia, Europe, the Middle East and Africa, and will be available on Hulu starting April 25th. Hulu also recently announced a deal for the Pokemon franchise and plans to bring classics like Charlie Brown and Strawberry Shortcake on board as well. The year's barely started and it looks like the streaming service is already making good on its promise to add even more content to its library.

In this article: cbs, cheers, doozers, elementary, fragglerock, happydays, hdpostcross, hulu, hulukids, huluplus, kids, thebradybunch, thedoozers
All products recommended by Engadget are selected by our editorial team, independent of our parent company. Some of our stories include affiliate links. If you buy something through one of these links, we may earn an affiliate commission.