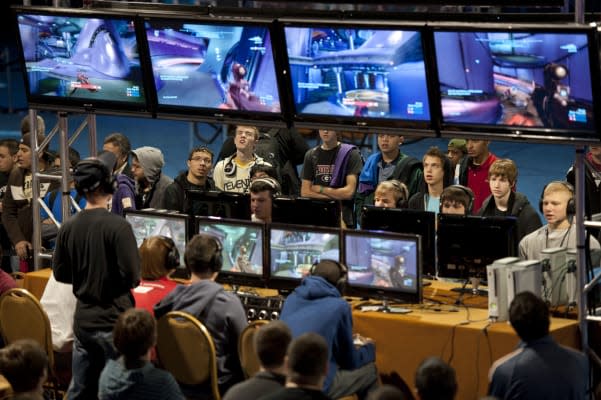 For the first time in the history ESPN's X Games, pro gamers will compete for medals playing Call of Duty: Ghosts in Austin this June. Major League Gaming (MLG) has partnered with the sports broadcaster for the MLG X Games Invitational where the same hardware will be up for grabs as those athletes competing in skateboard, BMX, Moto X and other extreme sporting events. The top five teams based on MLG Pro Points rankings will get an invite, and three more teams from the recent COD Championship will round out the field. Upon arriving in Austin, groups will compete in a three-day tournament on Xbox One to determine the winner. What's more, the gaming event is said to be part of X Games TV coverage that's set for ESPN and ABC.

In this article: callofdutyghosts, espn, majorleaguegaming, mlg, xgames
All products recommended by Engadget are selected by our editorial team, independent of our parent company. Some of our stories include affiliate links. If you buy something through one of these links, we may earn an affiliate commission.