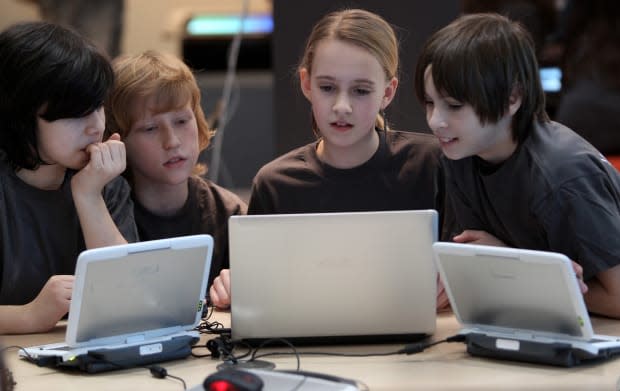 Microsoft isn't just supporting White House's ConnectED education program by lowering the cost of Windows -- it's also giving schools the cash they'll need to buy Windows PCs. The company is donating $1 billion to make sure that students have the tech they'll need for both getting online and learning technology skills. The funding comes alongside a new device pricing program that should make the PCs more affordable -- to start with, it's offering sub-$300 systems from Acer, ASUS, Dell, Fujitsu, HP, Lenovo, Panasonic and Toshiba.

The company isn't shy about having a commercial incentive behind its generosity; its Education CTO, Cameron Evans, tells CNET that there's a hope that kids will become loyal Windows fans down the road. However, he adds that any eventual sales are secondary to the more immediate focus on improving education. The influx of cash should reduce the technology gap for less fortunate students, many of whom could miss out on digital learning without a little help.

Update: Microsoft tells us that this isn't a donation, despite what the source report says -- it's just discounting the cost of Windows, as it mentioned back in February.

In this article: acer, asus, connected, dell, donation, education, fujitsu, lenovo, microsoft, panasonic, school, toshiba, windows
All products recommended by Engadget are selected by our editorial team, independent of our parent company. Some of our stories include affiliate links. If you buy something through one of these links, we may earn an affiliate commission.