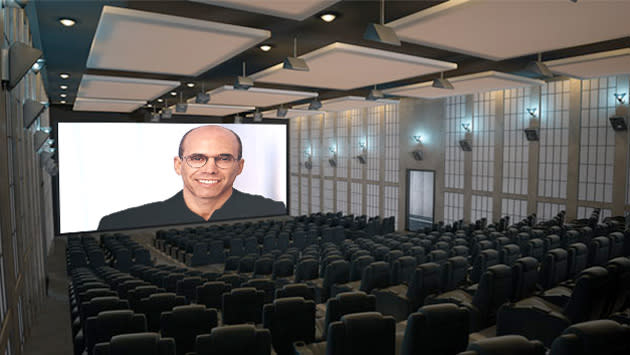 Jeffrey Katzenberg, the man who revived Disney's animation studios before co-founding Dreamworks, knows a thing or two about Hollywood revolutions. He believes that, if cinema is going to survive against its rival mediums, then the way films are sold is going to have to change in a big way. Since most movies make the bulk of their money within the first three weekends in cinemas, the executive believes that the release window will be limited to that 17-day period. After which point, digital distribution will enable the content to be available on every platform, all at the same time. Another one of his predictions, although one that's slightly less plausible, is that studios will charge users different prices depending on the screen size they use -- letting customers watch a movie for $2 on a phone, but $4 on an HDTV. If that system was implemented, we're fairly sure that everyone with an eye for a bargain would simply invest in an MHL cable.

In this article: Business, Distrubution, hdpostcross, Jeffrey Katzenberg, Movie, Pay by the Inch
All products recommended by Engadget are selected by our editorial team, independent of our parent company. Some of our stories include affiliate links. If you buy something through one of these links, we may earn an affiliate commission.