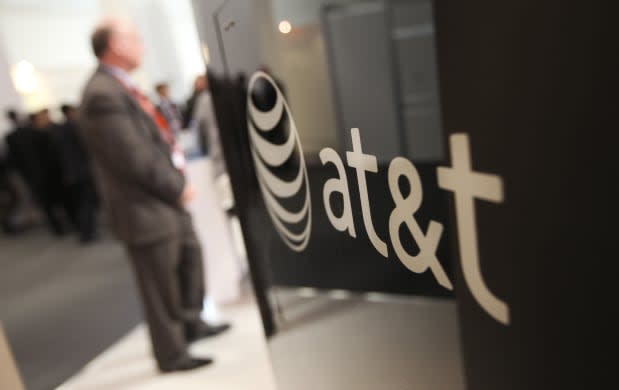 With so many apps, services and features on today's smartphones, it's easy to forget that there are still plenty of people out there who still actually make calls. Eager to leverage the speed and efficiency of existing LTE networks, providers like AT&T and Verizon are busily trying to enhance voice call quality with a technology called Voice over LTE (VoLTE). Given the vast delays in deploying the service -- both carriers wanted to launch it in 2013 -- it's apparent that VoLTE has presented its fair share of technical difficulties. AT&T, however, is now ready to flip the switch in select markets: sources familiar with the matter have indicated that the carrier plans to beat Verizon to the punch by rolling out VoLTE beginning on May 23rd.

VoLTE is essentially a Voice-over-IP (VoIP) service, except it utilizes the carrier's LTE network to transmit calls. (Currently, most networks use 2G or 3G networks.) We've seen the tech already show up in the US through MetroPCS in 2012, but this would be the first time it's been deployed on a Tier One network. With VoLTE actually working, it means AT&T customers should be able to enjoy HD Voice-like service, which makes conversations much clearer and richer. In theory, it should also increase power efficiency (and thus, battery life) and trim down the amount of bandwidth the carrier has to use to support those calls.

The catch? Your existing handset may not be compatible. If your phone doesn't have the proper equipment inside, you'll have to get a new phone to take advantage of it. The ASUS Padfone X, which was announced eons ago at CES, has the right equipment to support both VoLTE and LTE-Advanced, which means it should start appearing on store shelves soon after (or the day of) the 23rd. In fact, it's quite likely that many current phones will just need an over-the-air update to activate the feature; whether or not those devices get the update, however, is a completely different question.

Details on actual deployment are still limited at this point, but previous rumors have indicated that VoLTE tests are well underway in a small number of markets. This won't be a surprise since most carriers typically push out new tech to only a select few cities to make sure everything works properly in real-world use, before eventually expanding the service to other markets.

Of course, depending on how things go in the coming weeks, there's always a possibility that this date will shift; the carrier likely doesn't want to commit to a specific date unless it can do so with absolute surety. We reached out to AT&T for official confirmation, and were told: "We're wrapping up our initial VoLTE market trials and our initial markets will be VoLTE ready this year."

Update: We're told that the initial launch markets will be Chicago and Minneapolis.

In this article: att, attmobility, exclusive, hdvoice, lte, mobilepostcross, rumor, voicecalls, voiceoverlte, volte
All products recommended by Engadget are selected by our editorial team, independent of our parent company. Some of our stories include affiliate links. If you buy something through one of these links, we may earn an affiliate commission.