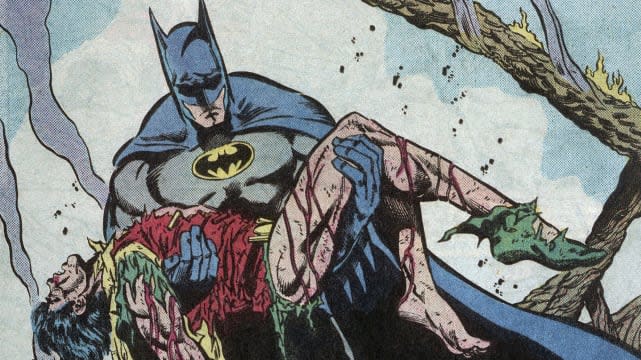 We recently reported on the drastic changes made to the iOS version of the ComiXology store, removing the ability for users to make purchases directly from within the app. This move allows ComiXology's new owner Amazon to get around paying iTunes its 30 percent cut on in-app purchases. For some creators this news is a good thing, meaning more money in the pocket of comic book writers and artists.

You already buy comics online? Good for you. You're not the ones we need to be worried about. Seriously, you can look down your nose all you want at in-app purchasers and gloat to your heart's content that only Luddites couldn't figure out how to go find the website and then set up an account and shop through the website and then download their comics separately through the app, it's not all that hard, that's how the Kindle buying works on my iPad, yes?, and you're absolutely right, it's not that hard, but guess what? That doesn't matter.

What matters is that it makes buying comics–makes finding comics–more difficult for new readers discovering the medium, not easier, and that is pretty much the last thing anyone in comics needs right now. Long-term, because this means Apple no longer gets their 30% cut off of comics bought off an iPad because you can't buy them that way anymore, that means more money for comics publishers and comics creators. That's great. It's also something that no casual consumer gives a rip about. Short-term–and I will happily report back to you if I'm wrong–there's no way that 30% bump will compensate for the sudden loss of impulse buyers who were buying with one button tap and/or using iTunes cards because they're too young to have credit cards or PayPal accounts.

There's just one hitch in that plan. For it to work, iOS ComiXology readers need to stick around, and if the iTunes reviews are any indication, Amazon/ComiXology has a massive problem on their hands.

It's important to note that not everyone is unhappy. There are a few users -- mostly ones who already used the ComiXology website to buy their books -- who don't see what the big deal is. Still positive reviews for the changes are roughly 1 for every 17 negative ones.

Are you a ComiXology customer? We'd love to hear from you about how the changes have affected your buying habits. This week included the first new sales day since the changes -- new comic book titles are released on Wednesday -- so it will be interesting to see if the move has negatively impacted ComiXology's sales or not. As a long standing user and fan of the service, I'm hoping this situation can be resolved.

In this article: amazon, comic books, comixology, controversy, opinion
All products recommended by Engadget are selected by our editorial team, independent of our parent company. Some of our stories include affiliate links. If you buy something through one of these links, we may earn an affiliate commission.