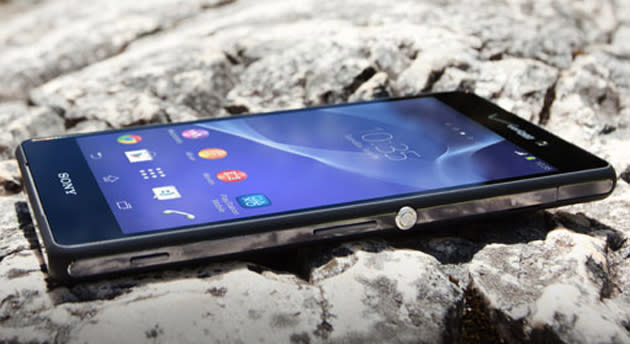 Hey, what's this? Sony said that it would only sell the Xperia Z2 in the US as an unlocked model, but the company has briefly teased Google+ followers with a picture of the high-end Android phone sporting a conspicuous Verizon logo. The image has since vanished, but it hints that Sony has at least been considering a reunion with Big Red -- notable when the carrier hasn't offered a Sony smartphone since the Xperia Play in 2011.

Sony isn't saying much about the significance of the image at this stage. In a statement (available below), it tells us that the device was a "mock-up" that wasn't supposed to go online, and that it's still "excited" about the launch of the unlocked model. We certainly wouldn't bet on the Z2 hitting Verizon any time soon, even if there's more to the story than what Sony is saying. As Android Central warns, Verizon is no stranger to backing away from devices (such as the HTC Merge) before they ship. It's entirely possible that this is just a glimpse at a launch that might have been.

"A mock-up image was mistakenly posted to the Sony Mobile Google+ page. The image has since been removed and we apologize for any confusion this may have caused. For our U.S. customers eager to find out more information about the availability of Xperia Z2, we are excited to share that the device will be coming to the U.S. unlocked this summer."

In this article: android, mobilepostcross, smartphone, sony, teaser, verizon, xperia, xperiaz2
All products recommended by Engadget are selected by our editorial team, independent of our parent company. Some of our stories include affiliate links. If you buy something through one of these links, we may earn an affiliate commission.