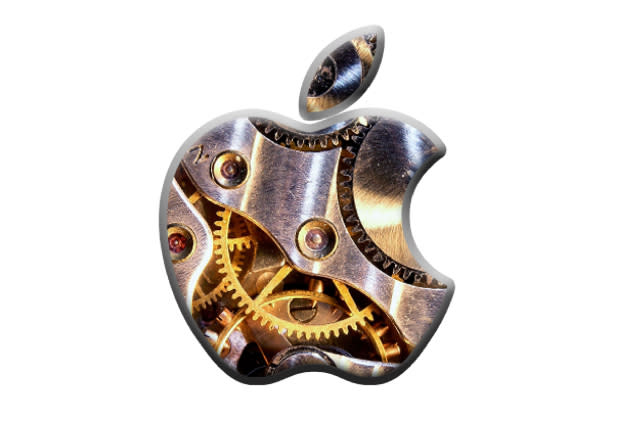 "Apple buys smaller technology companies from time to time, and we generally do not discuss our purpose or plans."

That is Apple's boilerplate response to just about every publicized acquisition the company makes, like the recent buy of micro LED company LuxVue. It's a great catch-all whenever the Cupertino giant swallows up a smaller fish, but Apple can't keep us from connecting the dots later on. After the reveal of a new Apple product or feature, past purchases suddenly become a bit more clear.

Apple has done a whole lot of acquiring in the past year or so, but how long does it take before we'll see the fruits of those purchases? It's unpredictable to say the least, as each company provides pieces small or large to upcoming products. First, let's look at some recent acquisitions that yielded tangible results.

Apple snapped up this mobile ad platform developer and had a shiny new mobile ad network within months for the launch of iOS 4.

Siri was a standalone app before Apple bought the company and turned it into a household word. It took a year and a half from acquisition to Siri's Apple debut, but the sassy personal assistant is now a huge part of Apple's mobile identity.

Apple wanted HDR tech for iOS and IMSense happened to specialize in exactly that. A quiet acquisition was sleuthed out after the feature was announced for iOS 4.1, and the turnaround was a quick three months.

AuthenTec's fingerprint sensor tech made this acquisition big news, and just over a year later the iPhone 5s finally made use of it.

The length of time between when Apple buys a smaller company and the resulting product can vary greatly. Apple, as you would expect, keeps team structure and projects under extremely tight wraps even after the fact, so all we can do is guess at how much progress the company had made on any of these products -- if any -- before it brought in specialists through an acquisition. There are also products like Maps, which has been the root of many Apple purchases over the past few years as Apple continues to hammer the lingering issues out of it. Other acquisitions haven't yielded any super obvious results, such as the September 2010 purchase of facial recognition company Polar Rose. Apple has had a facial recognition feature in iPhoto for some time now, but has not yet added it to their mobile offerings.

Apple added a facial detection API to iOS -- which can identify a face as human, but not specific individuals -- in October 2011 with the release of iOS 5, but has yet to implement any facial recognition directly into iOS. It would certainly make sense for the Polar Rose team to be involved with the facial detection development, but the Swedish startup's most notable accomplishments have not (yet) been translated into a new Apple product or feature. They could be working to improve iPhoto's recognition, or are working on some other project.

If there's any trend to be seen across all of these acquisitions it's that Apple's buyouts yield seemingly erratic results. Predicting when a new product or feature will debut based on these procurements is a dangerous game with very little stability.

Like any tech giant, Apple buys smaller companies for a variety of reasons, from talent to fully-realized products. Cases such as Siri, which Apple essentially adopted and iterated upon, are the exception to the rule, with many other instances not translating into obvious results. As is so often the case when it comes to Apple, it's all a bit of a guessing game.

In this article: acquisitions, apple, business, features
All products recommended by Engadget are selected by our editorial team, independent of our parent company. Some of our stories include affiliate links. If you buy something through one of these links, we may earn an affiliate commission.