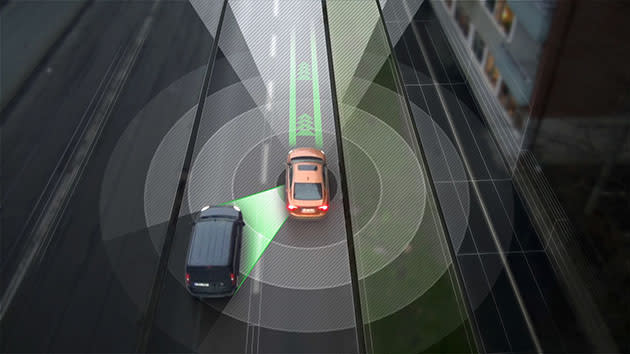 Volvo has now joined Google and others by testing autonomous cars on public roads, in its hometown of Gothenburg, Sweden, no less. This is the first phase of its "Drive Me" project, and will be limited to semi-autonomous vehicles on 50km (30 miles) of set commuter routes. The vehicles have progressed to where they can now adapt their speeds, follow traffic and deal with merging vehicles, according to Volvo. That means drivers still need to give their undivided attention, but eventually, the automaker intends to have 100 fully autonomous vehicles on the road operating in an "Autopilot" mode. Volvo hopes to avoid the kind of collisions that its cars are famous for surviving by eliminating the main cause -- us.

In this article: autonomous, autopilot, ConnectedCar, Merging, SelfDrivingCar, Sweden, Volvo
All products recommended by Engadget are selected by our editorial team, independent of our parent company. Some of our stories include affiliate links. If you buy something through one of these links, we may earn an affiliate commission.