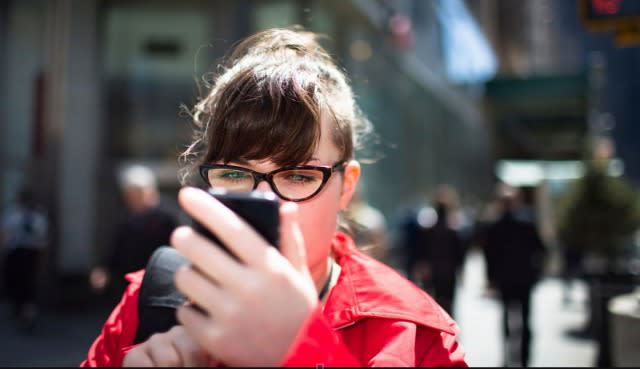 Taiwan is considering ticketing people who cross the street paying more attention to their iPhone than the cars around them. No, seriously. Taiwan currently has over 14 million mobile internet users, many of whom lawmakers consider "addicted" to their phones. The hope is a fine would curb that addiction (quite literally), and cut down on pedestrian deaths. According to the government, Taiwanese drivers often don't yield to pedestrians (even when they have the right-of-way). The "chaotic traffic" is already a dicey situation for those on foot. When you add a phone into the mix, your chances of survival get even worse. Distracted walking infractions would only apply to people in roads (walking off a pier while checking Facebook is a-ok), and would cost just $10 a piece. If the chance of being flattened by a motor scooter isn't enough for you to pause Angry Birds, our guess is a small fine won't do the trick either.

In this article: law, mobilepostcross, pedestrian, SciTech, smartphone, smartphone addiction, taiwan
All products recommended by Engadget are selected by our editorial team, independent of our parent company. Some of our stories include affiliate links. If you buy something through one of these links, we may earn an affiliate commission.