Parrot Flower Power review: Can technology give you a green thumb? 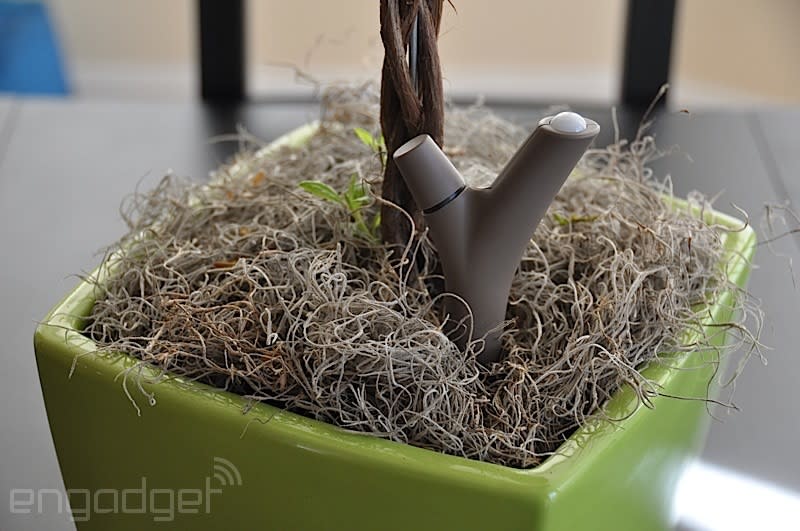 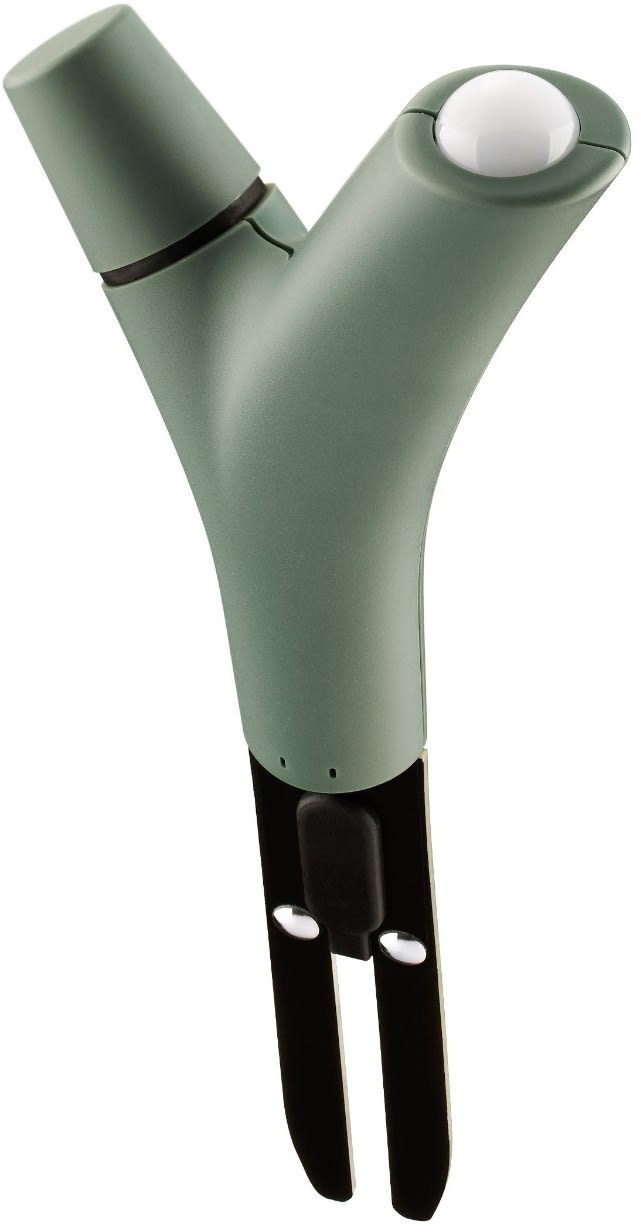 Sure, you've heard of the connected home, but what about the connected garden? If you're someone who manages to always kill your plants, Flower Power, a new gadget from Parrot, might sound like just the thing. The $60 Bluetooth-connected device aims to turn your black thumb green by sending you daily push notifications about your garden's health. The small sensor can provide up-to-the-minute reports that can ensure everything from your potatoes to your petunias are getting exactly the right amount of sunlight, water and even fertilizer. So, is the tiny gadget what your garden needs? Flower Power can be useful to help you monitor your plants' overall health, and point out when one of them might need extra attention. However, if you need the device to remind you that you actually have a plant, you'll likely be disappointed.

How would you rate the Flower Power?
We want to hear what you think. Post a quick review now to join the conversation!
Write a review The Flower Power measures roughly eight inches long, with most of the hardware taking the form of a thin, spiked sensor that lives underground. The top section looks a bit like a sprout with two branches, the longest of which houses a sunlight sensor to measure how much light your plant is getting each day. There's also a temperature sensor in both the top and bottom of the device, allowing you to track the temperature in both the soil and the surrounding air. As for power, the device runs on a single AAA battery that lives inside the smaller branch.

All told, I really dig the design here. The bottom of the Flower Power is sharp enough that it was able to push through some fairly hard soil in the azalea bush where I did much of my testing. At the same time, it's durable enough that I wasn't concerned about breaking it while placing it in the soil. Although the plant monitor definitely stood out a bit in my home, the above-ground portion of the device will probably blend in more often than not, especially with larger bushes and vines there to help mask the hardware. Setting up the Flower Power takes just a few minutes, and follows roughly the same process as pairing any other Bluetooth device. The plant sensor requires the use of Parrot's specific Flower Power iOS app (Android support is on the way), which takes you step by step through the setup process for your specific plant. The experience is somewhat like preparing a social networking profile -- you'll identify its species, tell the device where your plant lives, give it a name and even choose a profile pic for it.

I used the Flower Power with a potted, indoor azalea, which is where I ran into my first issue. Though I knew my plant was an azalea, I didn't know quite what kind of azalea it was (and there are thousands). The app has colorful photos you can flip through to try and find the type you're looking for (and I was indeed able to find a match), but if you pick the wrong one, you could be setting yourself up for failure. Flower Power is designed so that you receive push notifications on your phone when your plant is in need of something. In addition, you can customize the app so that you get alerts only at specific times. I actually programmed the app to send notifications all day, which didn't quite work out according to plan. During my month with Flower Power, I didn't receive consistent push notifications from my plant. Which is a shame, since that's the feature that makes the device useful in the first place. Occasionally, notifications would come in overnight and be buried amid all my other alerts, but more often than not I didn't hear from Flower Power unless I launched the app. And that's despite the fact that I was within range of the plant much of my day, both while sleeping and when I was working from home.

When I did launch the app on my own, Flower Power was quick to let me know what (if anything) my plant needed. Over a month of testing the device indoors, the plant asked for water, more sun and a little fertilizer. When you complete a task, you have to manually confirm in the app that you've done it, at which point the notification goes away.

One issue I had with this is that while you can dismiss the notification manually, I wasn't always sure I resolved the problem. Yes, I watered the plant, but did I water it enough? Beats me. The sunlight issue was a particularly big one for my azalea, which was unhappy in my dining room with just a few blinds open during the day, producing "need more sunlight" alerts every day for almost a week. I attempted to provide more sun by opening blinds, but there wasn't really a way to figure out if I had achieved enough for the plant until I stopped receiving notifications after several days of trials.

On the other end of the spectrum, I randomly got an add fertilizer alert one day on the plant. Since I didn't have any around, I just dismissed it for the time being. Now, several weeks later, the alert has yet to return. So maybe it didn't need fertilizer after all?

The experience was much different when I tried Flower Power with an outdoor plant. After several weeks of use (and plant-friendly weather), I received just one "needs water" notification. Having tried both scenarios, the device seems much more useful outdoors. I could see walking up to a vegetable garden a few days a week and launching the app to see how everything is doing quickly. Using Flower Power for just one plant indoors (or out) isn't quite as helpful. A mildly educated gardener can probably tell their pea plant needs a little H2O faster than they can launch the app to get the same info. If you're looking at a whole garden's worth of data at once, however, the message is a lot more powerful. Despite my good intentions, I'm notorious for killing plants –- and I'm not sure Flower Power is going to be the device to change that. While it sounds like a good idea on paper, I had trouble figuring out if I had adequately satisfied my plant's needs. (I had trouble getting notifications from it in the first place, which is a different issue altogether.) While the device could be useful for a more experienced gardener, someone who kills plants on the regular isn't going to be much better off with this sensor guiding their way.

I'm also not convinced that Bluetooth is the best technology for Flower Power. While it seems like a good idea, receiving Bluetooth notifications means you need to be somewhat close to your plant to find out it needs something. By the time you've walked outside to look at your plant, you should be able to see that it needs water or a little more sun on your own, without the help of technology. If you're working with a whole garden of Flower Power-connected plants, however, the gadget will definitely help highlight those plants in your collection that could use a little more TLC.

In this article: Flower Power, flowerpower, garden, gardening, gardens, parrot, ParrotFlowerPower, Parrott, review, uk-reviews
All products recommended by Engadget are selected by our editorial team, independent of our parent company. Some of our stories include affiliate links. If you buy something through one of these links, we may earn an affiliate commission.