Tinder delays the international debut of its ‘apocalyptic adventure’ show 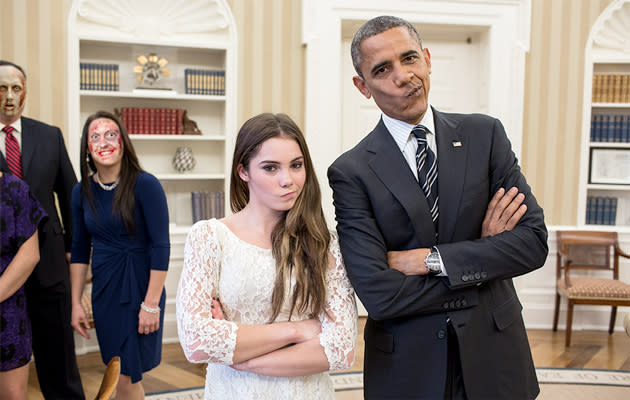 What would happen if the plot of The Walking Dead, or any other TV show with "Dead" in the title, came true? It turns out that the Department of Defense already has a plan for that, in a folder marked CONOP 8888 Counter-Zombie Defense. The document explains what to do should regular zombies, space zombies or, wait for it... evil magic zombies begin to attack the United States and beyond. In case you're wondering, the title page of the file does open with the phrase "This plan was not actually designed as a joke."

Planning documents like these are, instead, used to train and prepare military analysts and tacticians. Normally, the students would discuss real-world scenarios, like an invasion of the US by the Republic of San Marino. Politically, however, it can land a country in hot water if your allies know that you're planning defense strategies against them. That's why the Pentagon opted for a more, erm, fictional scenario, but while it was an intellectual exercise, it'll remain on file, just in case.

Some of the contingencies and rules that have been decided upon make for some pretty fascinating reading, too. For instance, someone has ruled that Zombies aren't protected under the Geneva Convention. Oh, and even better, is that if there's a religious element to the creation of the evil magic zombies, then the US Military will expect the Chaplain Corps to man the front lines.

In this article: Apocalypse, CONOP 8888, Counter-Zombie Defense, Department of Defense, UK, Zombie, Zombies
All products recommended by Engadget are selected by our editorial team, independent of our parent company. Some of our stories include affiliate links. If you buy something through one of these links, we may earn an affiliate commission.