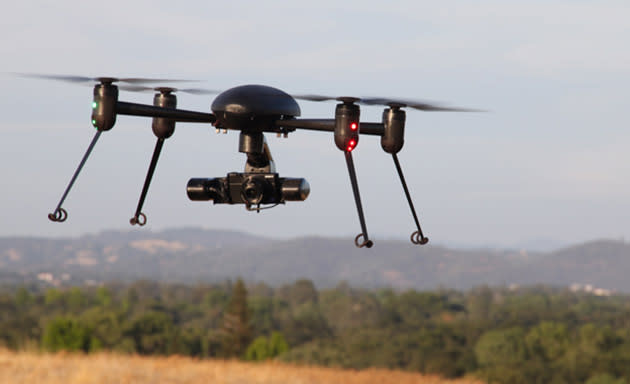 Since the FAA has only just begun flying drones at test sites, it'll take quite some time before it can draw up rules and regulations for commercial use of UAVs. But if you start seeing small flying contraptions frequently, it's because the agency is considering approving drone use for farming, filmmaking and other industries it deems "low risk" a lot earlier than planned. The overlord of all things that fly even wants to dole out permits quickly and aims to greenlight commercial flights (of machines that pose no security risk and weigh less than 55 pounds) as soon as November. According to Bloomberg, the agency has already started taking requests from various companies, though the FAA's unmanned aerial vehicle crew are still discussing how they can expedite approval requests. Oh yeah, the FAA might have yet to officially authorize commercial drone flights, but some companies have been flying UAVs illegally for films and other industries for a while. Clearly, there's a demand for these flying machines, so it's no surprise that the agency wants to speed things up.

In this article: drone, faa, UAV, UnmannedAerialVehicle
All products recommended by Engadget are selected by our editorial team, independent of our parent company. Some of our stories include affiliate links. If you buy something through one of these links, we may earn an affiliate commission.