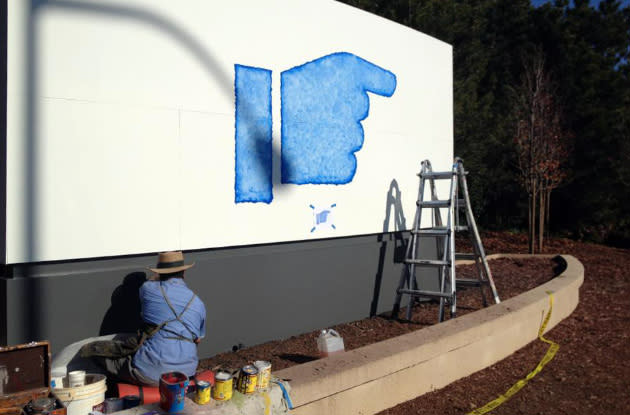 Facebook could be gearing up to introduce a Snapchat-like video message tool later this month, according to a Financial Times report. The app, known to staffers as 'Slingshot,' would enable users to send short video messages, and it would likely not be integrated with the social site's other applications, such as Facebook Messenger. Based on the timing of Slingshot's potential release, it's possible that a team within the company began working on the app shortly after negotiations to acquire Snapchat for $3 billion failed late last year, leaving Facebook to build its own competitor from the ground up. Still, while the new app appears to be nearly ready for primetime, the launch apparently has yet to be approved -- it's possible that Slingshot may never see the light of day.

In this article: app, apps, chat, facebook, Slingshot, snapchat, social
All products recommended by Engadget are selected by our editorial team, independent of our parent company. Some of our stories include affiliate links. If you buy something through one of these links, we may earn an affiliate commission.