A 13-episode 'Shenmue' anime series is on the way 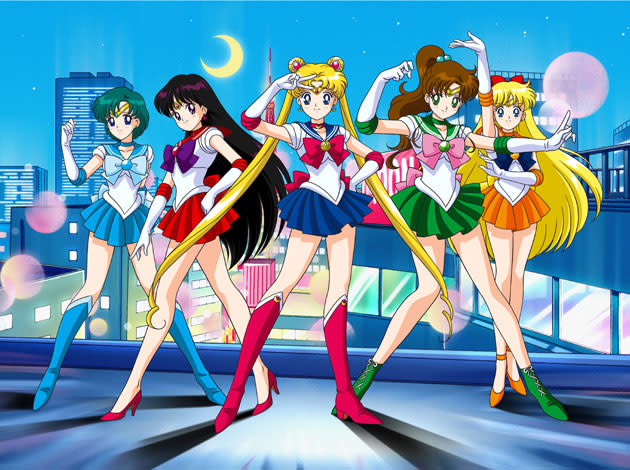 Raise your hand if you remember that anime from the '90s called Sailor Moon -- now put that hand down and fire up Hulu if you want to see the show's female warriors kick ass on screen again. Apparently, the company recently cut a deal to stream a remastered version of all 200 Sailor Moon episodes, full and uncensored. Yes, that means you'll finally see all the elements that were infamously butchered during the series' first run on US TV. In addition to all the existing episodes, the deal will also include the Sailor Moon remake that'll start airing later this year, three feature films and various specials. Hulu might not be the friendliest to VPN-using international customers, but the company's been creating originals and signing up exclusives to grow its user base. With a new Sailor Moon show on the horizon, picking the title up is a good way to drum up interest in the service's anime portal, which features several other popular series you've probably heard of -- like Pokémon.

Never heard of Sailor Moon before? In a nutshell, it's about a group of schoolgirls with magical powers that fight the forces of evil. That's oversimplifying it, but you can watch the first four subtitled episodes on Hulu Plus starting on May 19th to get a gist of why it's well-loved, and not just in Japan. Hulu's slated to release two more episodes every Monday after that, as well as a dubbed version and even DVD/Blu-ray box sets for rabid Sailor Moon fans in late 2014.

In this article: anime, hdpostcross, hulu, sailormoon
All products recommended by Engadget are selected by our editorial team, independent of our parent company. Some of our stories include affiliate links. If you buy something through one of these links, we may earn an affiliate commission.