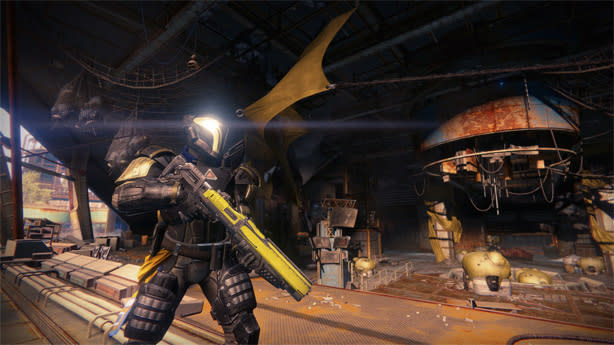 Destiny, the Bungie-developed multiplayer shooter set in "the last city on Earth" (our guess is Boise, Idaho), received a new video today. The developer discusses its approach to crafting the game and briefly explains the skills and abilities players will use that are unique to each of Destiny's character classes.

The gameplay shown in the trailer is from Destiny's PS4 version, but the game will also arrive on September 9 for Xbox One, Xbox 360 and PS3. Bungie recently offered a look at the game's loot after announcing plans to launch a beta version of the cooperative FPS in July. We spent some time with the "$500 million bet" from Activision in video preview form back in April.
[Image: Bungie]
In this article: Activision, Bungie, Bungie-Studios, cooperative, destiny, first-person-shooter, fps, gameplay-video, multiplayer, online-multiplayer, playstation, ps4, shooter, trailer, video
All products recommended by Engadget are selected by our editorial team, independent of our parent company. Some of our stories include affiliate links. If you buy something through one of these links, we may earn an affiliate commission.