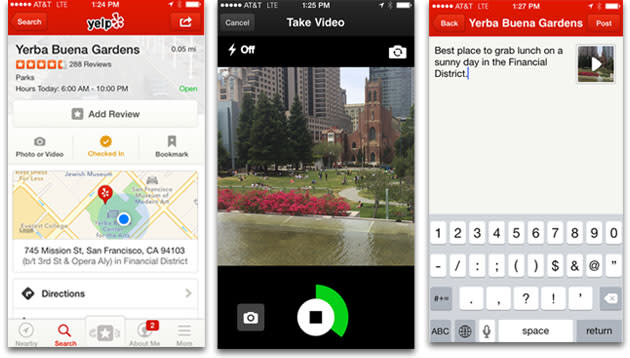 Yelp is about to let you to catch the vibe of your favorite eateries with video as well as pictures, according to Business Insider. Provided that you're an elite user, you'll be able to upload 3-12 second clips as early as June, and all users will be able to see such videos next month on the iOS and Android apps too. Yelp said that'll help reviewers convey the ambiance of or a hangout in a way that regular photos can't (or emote about it, as in the video below). It'll also give intrepid food shooters another creative outlet that won't clog up their friends' and family's Instagram feeds.