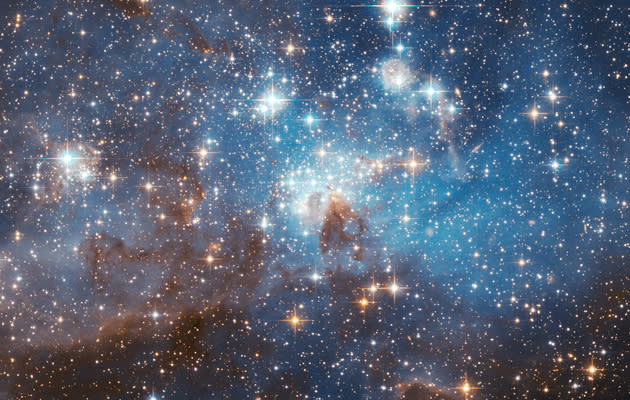 Staring up at the night sky can give you a sense of galactic FOMO, since none of the celestial bodies bother to update their Twitter accounts. What if, however, you could keep track of the ongoing drama from your phone? That's the idea behind SkyWatch, an app that recently won NASA's International Space Apps Challenge. By harnessing the administration's Gamma-Ray Coordinates Network, the software combines real-time telemetry data with Google's Sky Map, enabling you to know what cosmic events are unfolding right above your head. Or, at least that's the plan. The online variant of SkyWatch is currently running, with the caveat that it's a prototype, but the company is already working with NASA to develop a commercially available app version. In any case, being able to tell your friends that a sun is going supernova above their heads is far cooler than just pointing at a star and saying "that's Orion's Belt, er, probably."

In this article: Google Sky Map, International Space Apps Challenge, mobilepostcross, NASA, SkyWatch, video
All products recommended by Engadget are selected by our editorial team, independent of our parent company. Some of our stories include affiliate links. If you buy something through one of these links, we may earn an affiliate commission.