Steve Ballmer is the owner of the LA Clippers

It's official: Steve Ballmer is buying the LA Clippers for $2 billion

Klhip your fingernails with this $50 personal grooming device 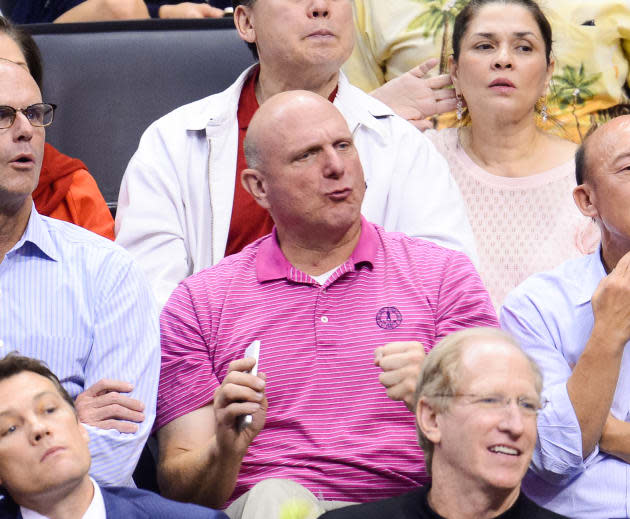 The papers are signed and the deal is done (pending approval by the NBA's Board of Governors). Former Microsoft CEO Steve Ballmer really is buying the LA Clippers (you can say LA Clippys, once) for $2 billion, now that the NBA, owner Donald Sterling's wife Shelly Sterling and the Sterling Family trust have resolved their dispute. Donald Sterling announced earlier today that he's filing a $1 billion lawsuit against the league for trying to take away his team after racist statements he made leaked out. To cover that, as part of the sale agreement his wife and the family trust have indemnified the league against any lawsuits from others (read: Donald Sterling). So what will Ballmer do with the Clippers? It's not clear, but he's apparently stated that he will not be moving them to Seattle to take the place of the departed Supersonics.

In this article: clippers, la, microsoft, nba, steve ballmer, steveballmer
All products recommended by Engadget are selected by our editorial team, independent of our parent company. Some of our stories include affiliate links. If you buy something through one of these links, we may earn an affiliate commission.