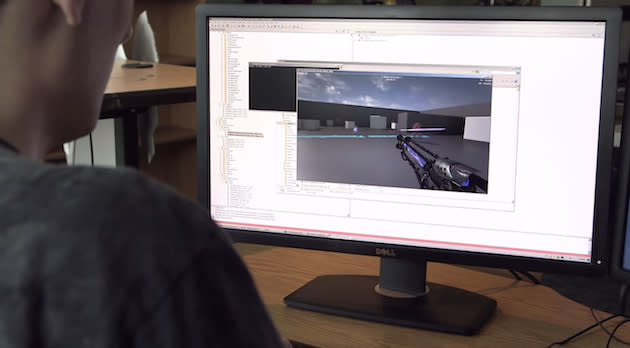 In three weeks time, what can you accomplish? When we last heard from the Unreal Tournament team at Epic Games, they'd only announced that the project was a thing. Well, now there's video of them playing a round of deathmatch in an early build, as spotted by Joystiq. It isn't much to look at, what with the lack of complex textures and level geometry, but, it's a totally playable game and there are definitely people running around and shooting at each other with frickin' lasers. What's more, you can join in on the work-in-progress mayhem for yourself if you're paying the $19 per month for a subscription to Unreal Engine 4. You can leave feedback in the official forums with a free account, too. Like Tappy Chicken before it, this fast progress by a small team shows just how flexible and easy the new development tools are to use. Who knows, maybe we could see a beta version sooner than expected -- better dust off those Flak Cannon skills just in case.

In this article: EpicGames, gaming, hd, hdpostcross, PcGaming, UnrealEngine4, UnrealTournament
All products recommended by Engadget are selected by our editorial team, independent of our parent company. Some of our stories include affiliate links. If you buy something through one of these links, we may earn an affiliate commission.