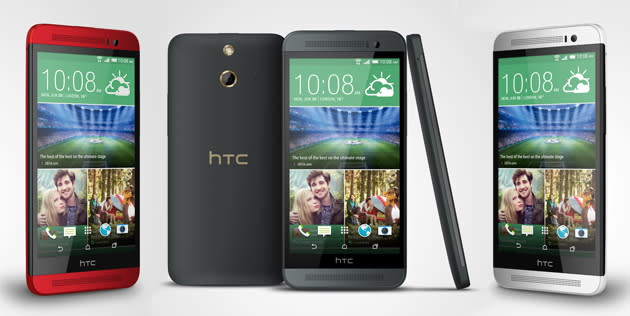 Just as we were getting bored of the leaks about the plastic HTC One "Vogue Edition," the company has finally decided to announce the only thing that we actually care about: its price. Well, according to the announcement in China, this dual-SIM LTE phone -- codenamed "E8" -- is launching there for CN¥2,799 or about $450 unsubsidized. That's almost half as much as the metallic M8 and, more importantly, the Samsung Galaxy S5 -- both of which pack near-identical guts as the E8. That's certainly very competitive, though not quite OnePlus-level competitive. While we wait for an actual launch date for both China and elsewhere, we've got a detailed spec sheet after the jump comparing the E8 to the M8. Enjoy! 7
In this article: android, china, e8, htc, htcone, htconee8, mobilepostcross, phone, sense6, snapdragon801
All products recommended by Engadget are selected by our editorial team, independent of our parent company. Some of our stories include affiliate links. If you buy something through one of these links, we may earn an affiliate commission.