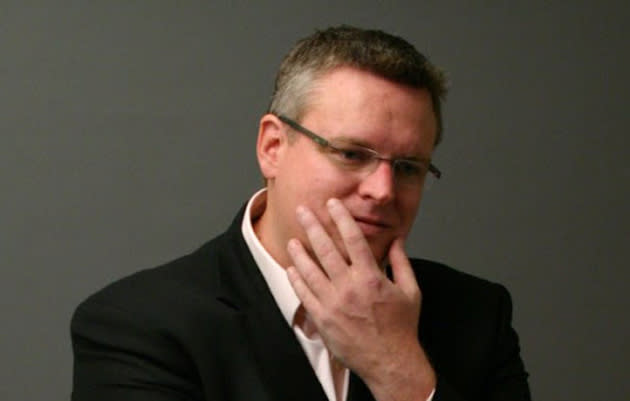 Samsung's former head of TV innovation, Richard Bullwinkle, insists he's still on good terms with his old employer. But that could change when the company discovers what he really thinks about its smart TVs. In an interview with FierceCable, he admitted that some models he's worked on are just too slow: "The switch from live TV to Netflix takes over two minutes," he's reported as saying. "That's dinosaur speed." More broadly, he said that the whole smart TV industry is "in trouble" due to a lack of good content and apps, which is encouraging a "very high percentage" of people to rely on a separate device like a "Roku box or Apple TV box" instead. Burn.

Update: An earlier version of this article contained a quote about Richard Bullwinkle's reasons for leaving Samsung, but we removed this after Bullwinkle got in touch to say that this particular topic was only discussed in a personal setting, rather than in a press interview. We want to respect the guy's privacy.

Interestingly, Bullwinkle also took the opportunity to expand on his comments about the smart TV industry. He says, for example, that LG has made "significant strides because it recognizes the importance of speed in switching between live TV and streaming content," whereas Samsung is "already aware that its platform is too slow." He added that "Samsung's panels are as beautiful as they come," but "the smarts in any smart TV are going to be outdated too quickly for any big investment in these features to be worthwhile."

In this article: apple tv, dinosaurs, hdpostcross, richard bullwinkle, roku, samsung, smart tv
All products recommended by Engadget are selected by our editorial team, independent of our parent company. Some of our stories include affiliate links. If you buy something through one of these links, we may earn an affiliate commission.