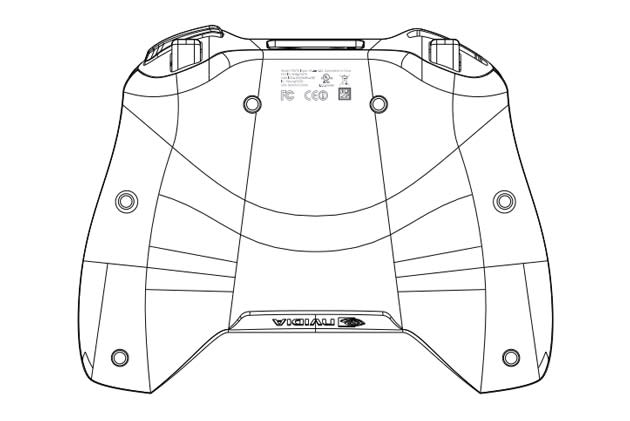 A while back, NVIDIA's CEO gave us a not-so-subtle hint that the next Shield handheld was close to release. The picture above goes a long way to backing that up. It's from an official FCC filing for a Shield-shaped game controller called the "P2570." It's impossible to be certain with these things, and NVIDIA hasn't so far responded to our queries, but the model number does sound like a hardware refresh, since the the existing Android console is the "P2450." That said, the physical changes seem subtle, with the Shield's stubby bumper buttons apparently lengthened slightly, perhaps to make them more twitch-friendly, and with the manufacturing joints and screws moved to different positions. A side-by-side comparison between the two models (shown below) also suggests the new version may be slightly more slender, and therefore hopefully lighter too, given the 580-gram (1.27-pound) heft of the original.

Even if this really is the Shield 2 (as opposed to some other NVIDIA-related controller), however, the major technical advances are likely to be things we can't make out from the diagram. For example, we know that the new device will run off a Tegra K1 chip, with its enhanced graphics and Unreal Engine 4 skills. We also suspect that the LCD display could get a resolution bump for 720p. In any case, now that this "P2570" is finished and ready for certification, it's only right to expect some solid improvements to what is already an excellent piece of Android gaming kit.

In this article: console, fcc, gaming, handheld, hdpostcross, leak, mobilepostcross, nvidia, nvidia shield 2, shield 2
All products recommended by Engadget are selected by our editorial team, independent of our parent company. Some of our stories include affiliate links. If you buy something through one of these links, we may earn an affiliate commission.