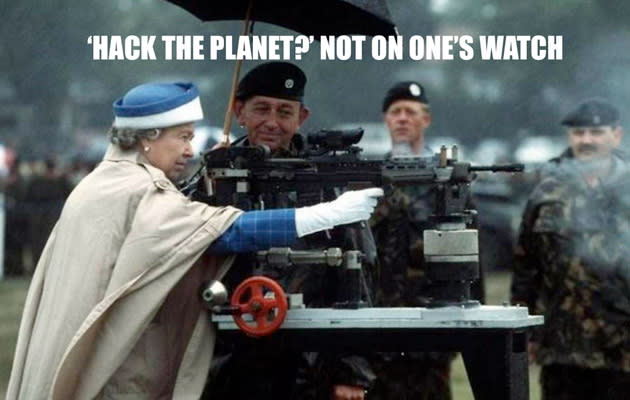 The Queen's speech is that moment when the government asks an 88-year-old to read out its legislative agenda for the forthcoming year. This time out, Her Majesty has got hackers in her royal sights, with harsh punishments promised for anyone caught messing around in someone else's code. Life sentences will be handed out for cyber attackers who steal industrial secrets, cause death, injury or compromise national security. Unfortunately, the broadly written law also suggests that scanning for vulnerabilities would be treated with similar scorn, which has gotten some security analysts hot under the collar. Governments implementing laws about technology without asking some experts first? Color us surprised.

In this article: Computer Misuse Act, Cyberattacks, Government, Hackers, Hacking, Queen, Queens Speech, Security, UK
All products recommended by Engadget are selected by our editorial team, independent of our parent company. Some of our stories include affiliate links. If you buy something through one of these links, we may earn an affiliate commission.