Live-tweets narrate the D-Day landings exactly as they happened 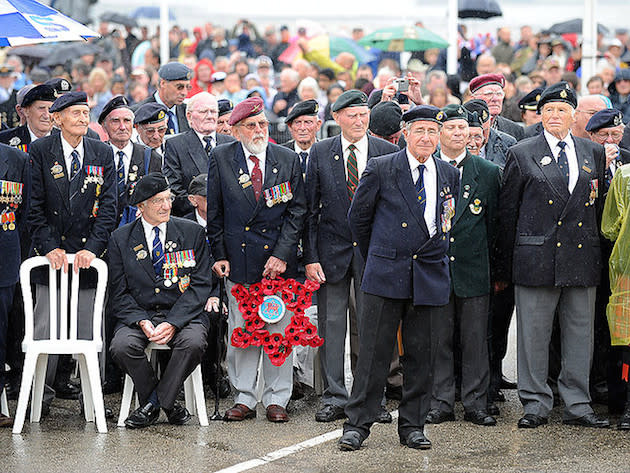 To mark the anniversary of the Allied invasion of Western Europe on June 6, 1944, one Twitter account is sharing the events exactly as they happened exactly 70 years ago. The UK's National Archives has thrown open official army war diaries, RAF squadron records, government cabinet papers and messages sent to Prime Minister Winston Churchill to describe D-Day events in real time. Tweets laden with photos and snapshots of documents provide additional detail, giving us a valuable insight into the decision-making processes and endeavours of British and Commonwealth forces over the course the Normandy landings. Google is also honoring the event by launching a new collection on its Cultural Institute website, which features 470 documents and images from Operation Overlord. Some messages are hard to read, but others provide a little light in what was otherwise a dark time for Allied servicemen and women.

1/Queen's Own Royal Rifles of Canada: A cafe just off the beach is opened up and selling wine to all and sundry http://t.co/chgJ8JuKHj

In this article: d-day, livetweet, national archives, normandy, twitter, wwii
All products recommended by Engadget are selected by our editorial team, independent of our parent company. Some of our stories include affiliate links. If you buy something through one of these links, we may earn an affiliate commission.